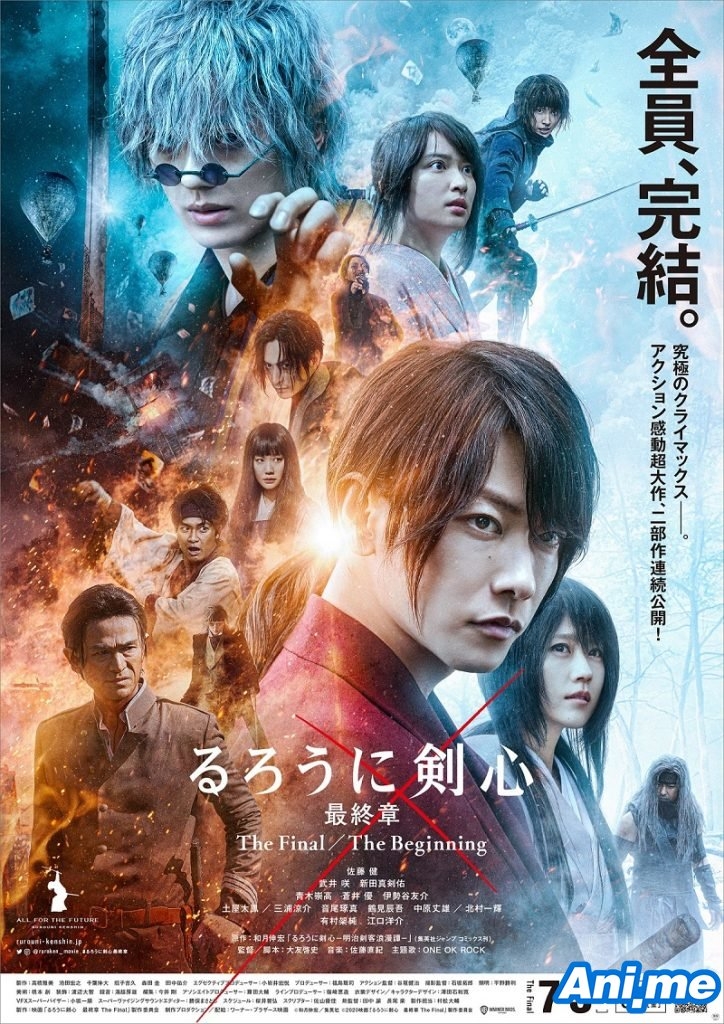 Unfortunate news for fans who have been excited for the Rurouni Kenshin live-action films: the official website for the two “final chapter” films announced this Wednesday that both films have been delayed due to the COVID-19 disease. According to the announcement, both films’ release dates have been pushed to the Golden Week holiday period next year—that’s in spring—and will now open one after another. The two films were originally slated to be released on July 3 and August 7 of this year.

Most of the main cast from the past Rurouni Kenshin films have been announced to be reprising their roles. Takeru Satoh (Kenshin Himura), Emi Takei (Kaoru Kamiya), Munetaka Aoki (Sanosuke Sagara), Yosuke Eguchi (Hajime Saito) and Yuu Aoi (Megumi Takani)—have played their respective roles since 2012. Only Riku Onishi is new to the cast, replacing Kaito Oyagi as Yahiko Myojin. Actress Kasumi Arimura was most recently announced to play the role of Tomoe, Kenshin’s wife during his days as the Battousai. Yusuke Iseya and Tao Tsuchiya will also be reprising their roles as Aoshi Shinomori and Misao Makimachi, respectively.

The first of the two films, entitled The Final, will center on the Jinchu arc and Kenshin’s conflict with Enishi. The second film, entitled The Beginning, will tell the story of how Kenshin got his famous cross-shaped scar.