Kyoto police have officially arrested the suspect in deadly arson in Kyoto Animation’s 1st Studio Building, 10 months after the unfortunate incident. The suspect, identified as 42-year old Shinji Aoba, was taped by the media being transferred by police from the hospital to a Kyoto police station where he will now be officially questioned. Aoba was on a stretcher while being transferred to the police station, wearing a face mask. Close-up photos of him by several newspapers show the visible burn marks on his face (we won’t put the image here, but if you want to see it click here). 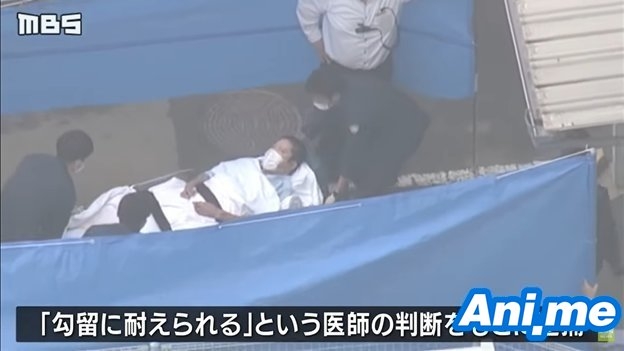 Police had originally planned to arrest Aoba last January but arrangements were affected by the spread of COVID-19 as well as the advice of the suspect’s doctors who still recommended further treatment.

In response to the arrest of Aoba, KyoAni through a legal representative stated that they expect the suspect to face “maximum criminal responsibility” and that they “…have nothing to say to the suspect… Our fellow workers whose lives were lost will never come back and the wounds of our colleagues will never be healed.”

The suspect was identified to be a resident of Saitama City but used to live in Ibaraki Prefecture in Honshu, where he was indicted in 2012 for a convenience store robbery. He served three and a half years in jail for this crime. He was also found to have lived in a shelter for former convicts before moving to his present address, which was found on the driver’s license he was carrying with him. He was also reported to have a mental illness, something which prosecutors expect will be used in court to his favor.

It will be remembered that several eyewitnesses saw Aoba himself dousing the entrance to the 1st Studio building with gasoline. A resident who lived near the building also said he clearly heard the man shout, “You ripped me off”. Kyoto Animation has since denied that the suspect has joined any of their public contests.

The arson incident took the lives of 36 talented staff and animators.