A deluge of announcements was revealed last Saturday for the upcoming third season of the TV anime adaptation of comedy/slice-of-life manga Non Non Biyori! First off, the first key visual of the new season was unveiled in the series’ official Twitter account. Check it out below! 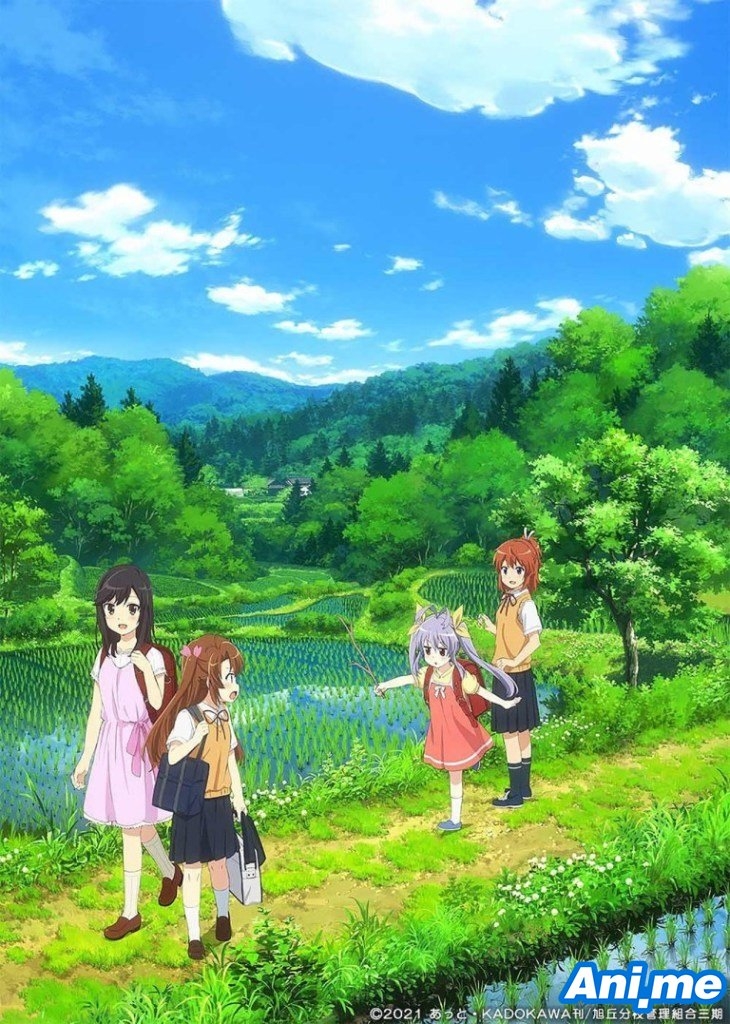 The main cast was also announced to be returning for the new season. They are:

As with previous seasons, the voice actor for Natsumi and Komari’s older brother Suguru Koshigaya is still officially credited as “?”.

The new season is set for a January 2021 premiere, and will be officially titled Non Non Biyori Nonstop.

Director Shinya Kawatsura will be returning to reprise the same role for studio SILVER LINK, with Reiko Yoshida returning as well to supervise the scripts. Character design will still be done by Mai Otsuka, with Kusanagi to still handle background art.

“The manga takes place in the countryside, where the nearest bookstore is 20 minutes away by bicycle, a certain “Ju_p” magazine comes out on Wednesdays instead of Mondays, and the video rental store is 10 stations away. Hotaru Ichijō transfers from Tokyo to this school and readjusts to the slow life in the country. Her fellow schoolmates are Natsumi, Komari, Renge, and Komari’s big brother Suguru in the third year of middle school.”

Non Non Biyori is a manga series written by Atto and was launched in 2009 in Kadokawa’s Monthly Comic Alive magazine. The series was adapted into a TV anime series in 2013; with a second season premiering in 2015.