Funimation is Streaming the ‘One Piece Stampede’ Film for 60 Days 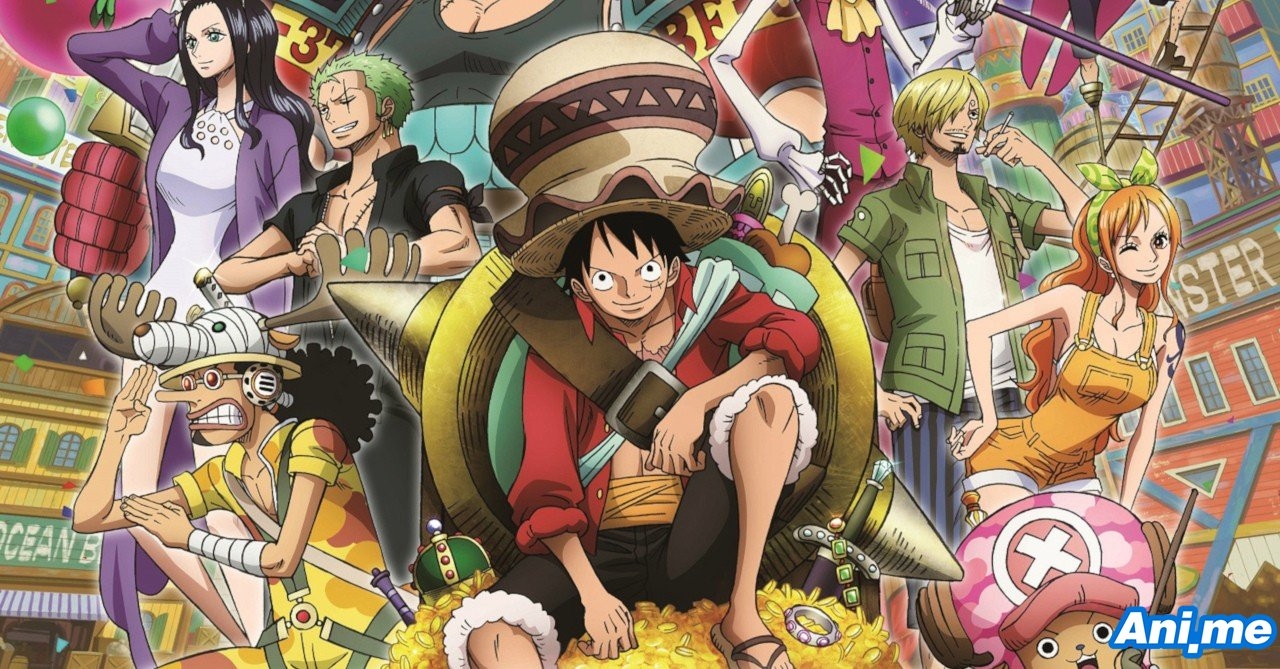 Aside from this announcement, they also stated that they will be releasing the English dub of the anime’s episodes 575 to 587 on June 2.

One Piece Stampede is in celebration of the 20th anniversary of the One Piece anime adaptation, based on the popular manga of the same name created by Eiichiro Oda. The movie premiered in Japan last August. The first 3 million theatergoers were able to receive a bonus manga titled One Piece Comic . The film was a huge success as it ranked #1 in on its opening weekend with 356,052 tickets sold on its opening day alone. All in all the film earned more than 10 billion yen (US$ 93 million) worldwide.

About One Piece Stampede (as described by Funimation)

Monkey D. Luffy and his Straw Hat pirate crew are invited to a massive Pirate Festival that brings many of the most iconic characters from throughout the franchise to participate in competition with the Straw Hats to find Roger’s treasure. It also pits the Straw Hats against a new enemy named Bullet, a former member of Roger’s crew.

Gol D. Roger was known as the “Pirate King,” the strongest and most infamous being to have sailed the Grand Line. The capture and execution of Roger by the World Government brought a change throughout the world. His last words before his death revealed the existence of the greatest treasure in the world, One Piece. It was this revelation that brought about the Grand Age of Pirates, men who dreamed of finding One Piece—which promises an unlimited amount of riches and fame—and quite possibly the pinnacle of glory and the title of the Pirate King.

Enter Monkey D. Luffy, a 17-year-old boy who defies your standard definition of a pirate. Rather than the popular persona of a wicked, hardened, toothless pirate ransacking villages for fun, Luffy’s reason for being a pirate is one of pure wonder: the thought of an exciting adventure that leads him to intriguing people and ultimately, the promised treasure. Following in the footsteps of his childhood hero, Luffy and his crew travel across the Grand Line, experiencing crazy adventures, unveiling dark mysteries and battling strong enemies, all in order to reach the most coveted of all fortunes—One Piece

Eiichiro Oda recently released a message in relation to the production of the anime and manga especially in this current COVID-19 pandemic.

He explain that working on the One Piece manga is fully analog. That said, he and his staff are currently reorganizing things to facilitate social distancing. Due to this change of workflow, delays and possible hurdles on the manga’s release are to be expected.

He also mentioned about the current state of the latest anime episode being delayed and shared that “preparations are under way behind the scenes so that the show can continue even in the current situation.”

His full statement in English can be seen below:

Concerning the manga, I’m still drawing every day as usual, but since all our work is analog, we cannot avoid gathering people. So we have limited the staff to its minimum, and I also have to live a life as far from contamination as I can. Because of that, the progress of the original story and other projects have been slowed down to a frustrating extent.

That is why I think there will be more interruptions from now on, but please understand that we are not taking a break because I’m feeling unwell, we are reorganizing work to continue making this manga while staying healthy!!

The anime is also interrupted for now, but preparations are under way behind the scenes so that the show can continue even in the current situation.

Now, in order to support part of your time staying home, the first 61 volumes of One Piece are available for free on JUMP+ (Only in Japan). A manga will not you through the basic necessities of life, but I’ll be happy to help you.

Stay at home and stay safe, One Piece fans!

The One Piece anime’s two arcs namely the East Blue and Alabasta Arcs are available for streaming on the popular streaming platform Netflix beginning June 12 on the following countries: United States, New Zealand, Canada, and Australia.

The first 130 episodes of the long-time running anime will be available for streaming! This awesome news was confirmed on Wednesday on Netflix’s official Twitter account.

In relation to the anime’s airing in Japan, its 930th episode is delayed along with the other further episodes due to the ongoing Coronavirus (COVID-19) pandemic. The episode was supposed to be originally aired on April 26. As a way to fill the void for the meantime, the 892nd episode will be aired which is the beginning episode of the Wano arc. As of this writing, there is still no info yet to when the new episodes will be airing.