It’s full steam ahead for the newest TV anime project of idol franchise phenomenon Love Live! A new promo video highlighting the 5 main cast has been unveiled this Sunday, which shows the character designs for each as well as their names. Check out the PV here! 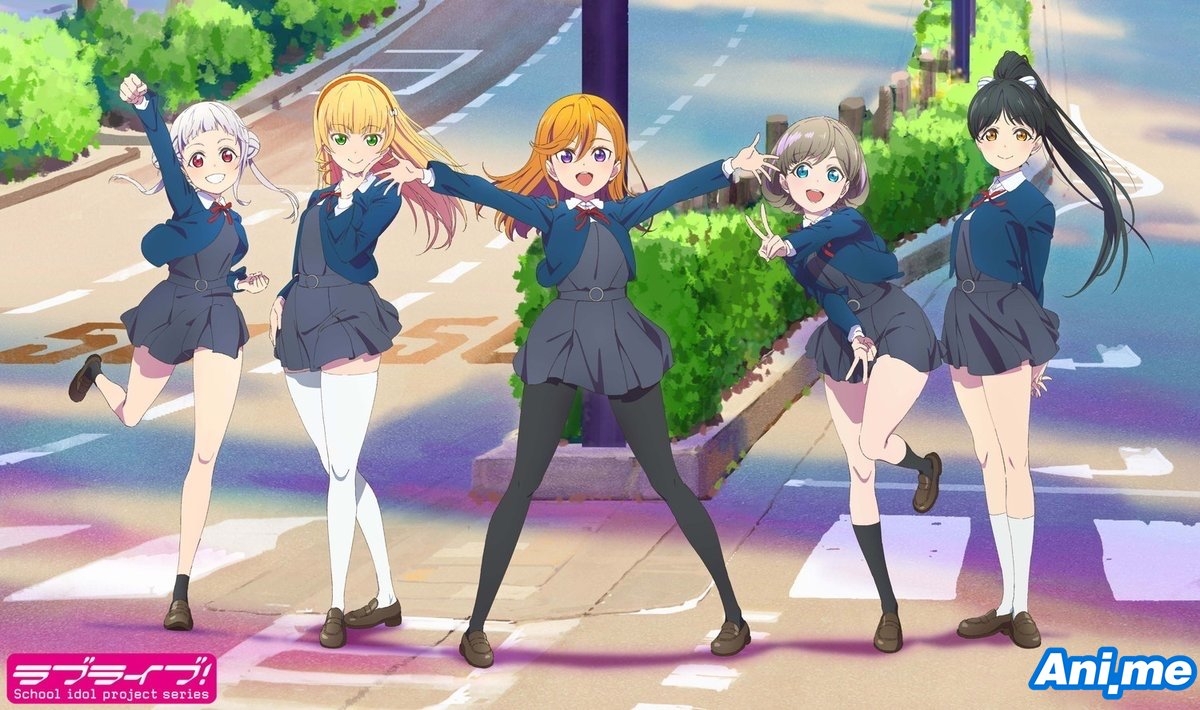 From left to right in above image, the characters’ names are: Chisato Arashi, Sumire Heanna, Kanon Shibuya, Tang Keke, and Ren Hazuki.

The name of the school in the story, which will be the main setting of the anime series, has also been announced as “Yuigaoka Girls’ High School”. As with previous generations of Love Live!, the school’s name was decided via fan vote.