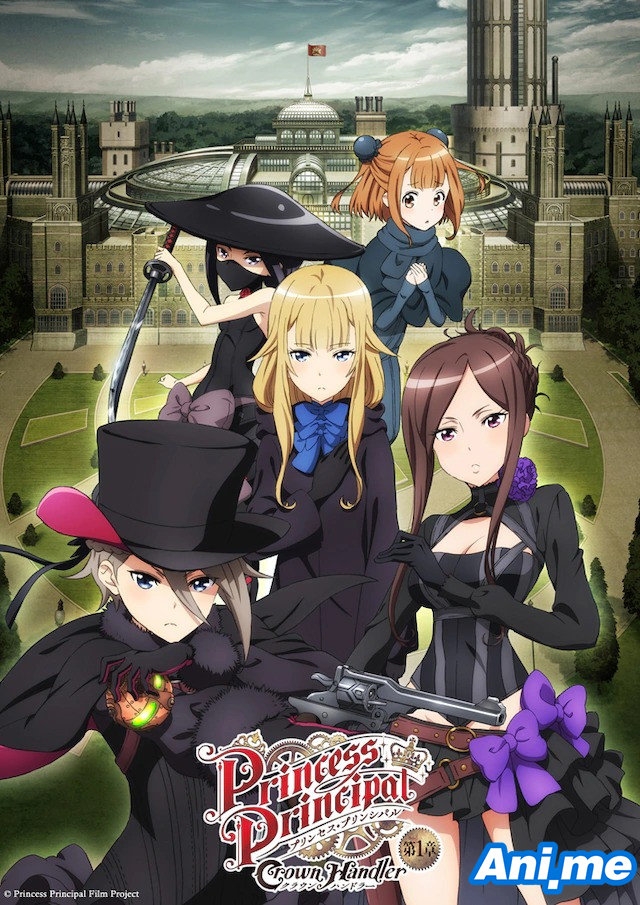 An announcement from the production committee of the upcoming Princess Principal sequel films has announced that the movie’s release date has been postponed due to COVID-19 concerns. The film, entitled Princess Principal: Crown Handler, would have opened on April 10 in Japan, but given the current government policies to curtail the spread of the disease, the production committee has decided to delay the film’s release indefinitely. They ended their announcement by promising that once things have normalized, they will immediately announce the new schedule as soon as it is finalized.

Princess Principal: Crown Handler is the first of six sequel films planned for the series.

Ange’s former voice actress, Ayaka Imamura, announced her retirement in June 2018 due to her worsening health.

The film is directed by Masaki Tachibana, who also directed the Princess Principal television series. Script writing as well as supervision is done by Noboru Kimura (Gundam Build Drivers), who replaced Ichiro Okouchi (Code Geass: Lelouch of the Rebellion) who fulfilled the said role in the TV series. Music composition is done by Yuki Kajiura (Puella Magi Madoka Magica), with Yoshikazu Iwanami as sound director. The film is still produced by Actas.

Sentai Filmworks holds the North American license for the series, and they describe it as such:

“At the end of the 19th century, London, the Kingdom of Albion has been split into East and West sides by a giant wall. Five girls attend Queen’s Mayfaire, a conventional and prestigious school. Under the guise of regular high school girls, they act as spies under cover. Disguise, reconnaissance, infiltration, car chases… Each girl uses their own set of special skills to dart around the world of shadow.”