Season 5 Confirmed for “My Hero Academia”

Good news to My Hero Academia fans! Fresh off the oven news: a 5th season has been confirmed for the hit shounen series! The happy news was announced in the 19th edition of the Weekly Shounen Jump magazine. You can check out the spread here: 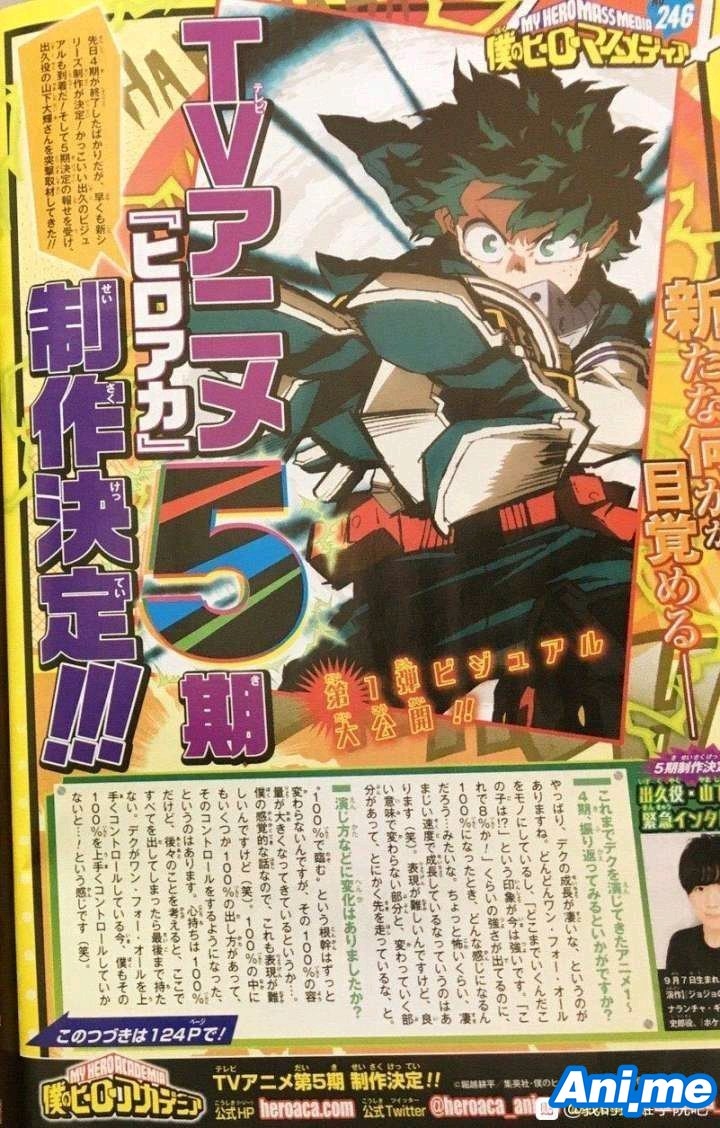 The fourth season covered the events of the Shie Hassaikai arc of the manga, the longest arc in the series. Here, the students of Class 1-A learn about Hero Internships, where they will be mentored by a real Hero so that they can gain real-life experience.

Season 4 is still directed by Kenji Nagasaki, with script written by Yosuke Kuroda and character design by Yoshihiko Umakoshi. Studio Bones will still be producing the series.

No definite date as well as staff has been announced for season 5 as of this writing.

My Hero Academia is a manga series written by Kohei Horikoshi, and is being serialized in the Weekly Shonen Jump magazine since 2014. It tells the story of Izuku Midoriya, who was born without a superpower or Quirk but still dreams of becoming a hero despite this. It was eventually adapted into an anime series by Bones, which premiered on April 2016. The success of the first season immediately prompted the release of a second and third season in 2017 and 2018, respectively.