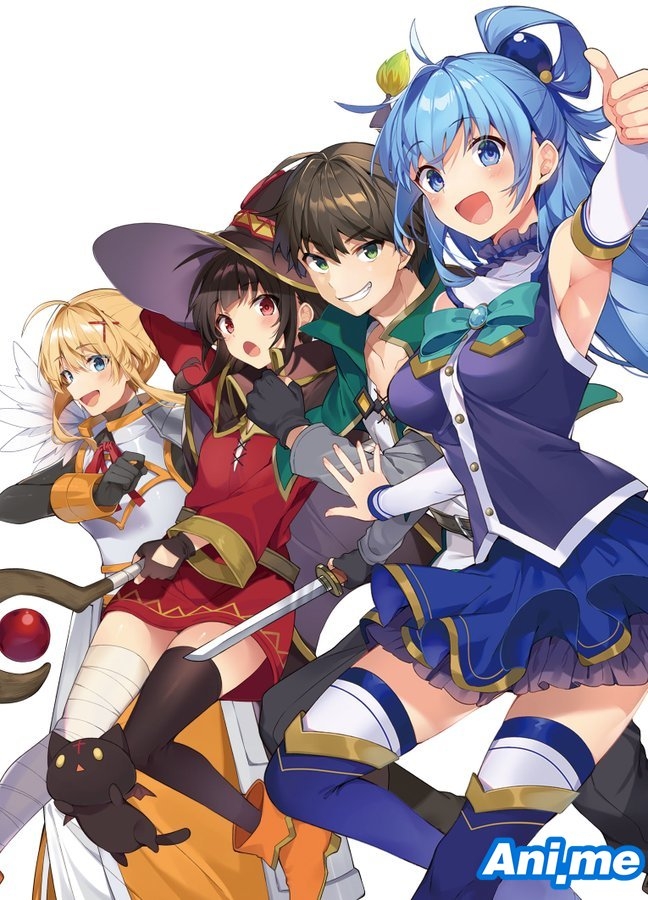 Sad news for ardent fans of the Kono Subarashii Sekai ni Shukufuku wo (God’s Blessing to this Wonderful World) light novel series: publisher Kadokawa has just confirmed that the series’ upcoming 17th volume is set to be its last. The news was announced in the official Twitter of series author himself, Natsume Akatsuki. You can check out his tweet here.

The 17th and last volume is set for a May 1 release.

Kono Subarashii Sekai ni Shukufuku wo!, shortened to KONOSUBA by fans, started out as a web novel series in 2012 written by Natsume Akatsuki. Eventually the web novel was revised to be a light novel series and was published under Kadokawa Shoten’s Kadokawa Sneaker Bunko Imprint from October 2013. It also received a manga adaptation in 2014 which was illustrated by Masahito Watari and Jospeh Yokobori, and was serialized in Fujimi Shobo’s Monthly Dragon Age magazine. KONOSUBA eventually made the jump to TV when it was adapted into an anime series by Studio Deen, with the first season airing from January to March 2016 and the second season from January to March 2017.

The series also received a film adaptation entitled Kono Subarashii Sekai ni Shukufuku wo! Kurenai Densetsu (God’s Blessing to this Wonderful World: Legend of Crimson). The film premiered in Japan on August 30. The movie comes more than two years after the anime series’ end, and is KONOSUBA’s first movie. The movie follow Kazuma and his gang as they try to save the Crimson Devil Village, the birthplace of Megumin and Yunyun.

The film is directed by Takaomi Kanasaki, who directed KONOSUBA’s first and second seasons. Makoto Uezu, who wrote the scripts for the TV anime, also returned to pen the movie’s script.