The second season of the new iteration of beloved shoujo anime Fruits Basket has just announced the artists who will be performing the theme songs of the upcoming second season. The series’ new opening theme song, “Prism”, will be performed by masked singing unit AmPM, featuring solo singer Miyuna. This will be AmPm’s first anime theme song.

On the other hand, the ending theme song entitled “ad meliora” will be performed by singer-songwriter and former Hemenway guitarist THE CHARM PARK. In an interview, he says he lived in Los Angeles when he was in high school and remembers watching the “unforgettable” Fruits Basket series back then.

Episode 1 stills have also been released on the series’ website. 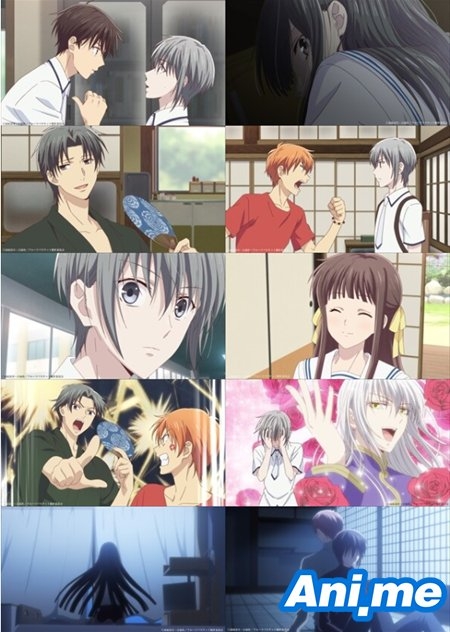 Fruits Basket season 2 is set for an April 6 release in Japan, with Funimation streaming the series as it airs there. The new season’s first three episodes will also be screened in select US theaters on March 30 & 31. The first date is dedicated to an English-dubbed screening. The latter date, on the other hand, will be showcasing the episodes in Japanese dub with English subtitles.

Funimation has released a list of cinemas where the screenings will be held. You can find the list here.

It will be remembered that in March 2019, Funimation also held theatrical US screenings for the first 2 episodes of Fruits Basket season 1.

The first season of Fruits Basket 2019 aired in Japan on April 5, 2019. Funimation has gained the exclusive rights to stream the series and release it on home video.

The Furuba reboot is produced by TMS Entertainment under the direction of Yoshihide Ibata. The script is penned by Taku Kishimoto, and character designs are done by Masaru Shindo. Series creator Natsuki Takaya is executive supervisor.

Serialized from 1998 to 2006 in Hakusensha’s Hana to Yume magazine, Fruits Basket follows the story of sweet orphan girl Tohru Honda who ends up living with the members of the Soma clan. She is sworn to secrecy when she finds out that the Somas are cursed to turn into zodiac animals when they are hugged by someone of the opposite sex. The first anime adaptation of the series was produced by Studio Deen and aired in 2001.