It’s full steam ahead for the delayed Violet Evergarden film project, as Kyoto Animation has recently revealed an “intermission” video for the film last Friday. Check out the video here!

In addition to this, a gorgeous new visual was released for the film, featuring Violet herself along with her (our) beloved Gilbert. The poster is really beautiful, and you can check it out below! 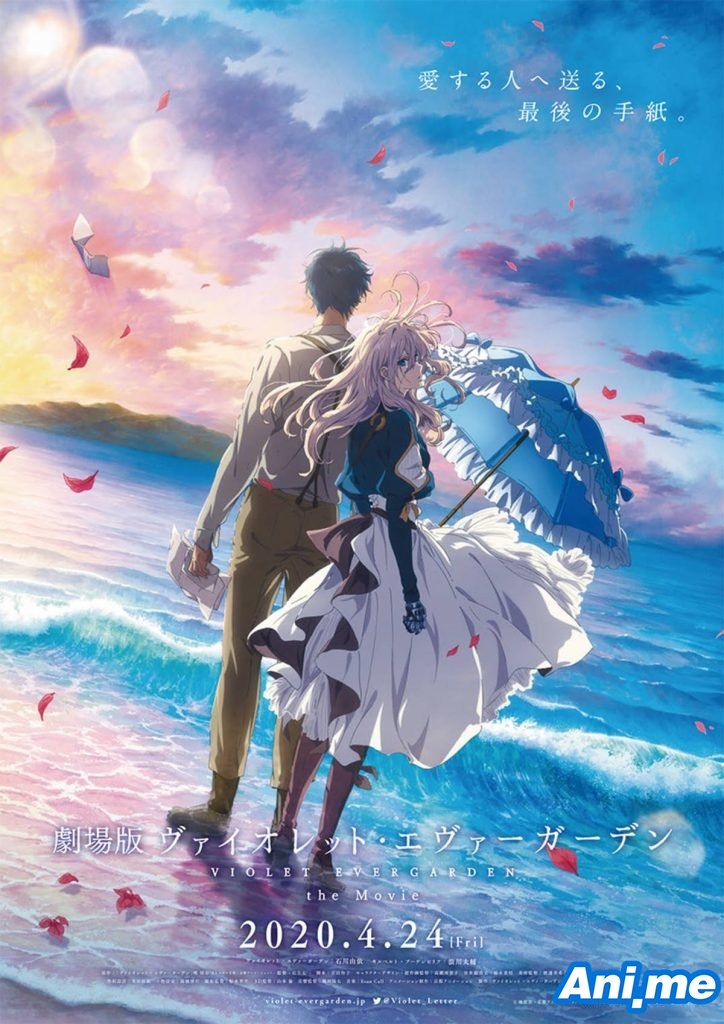 The film is set for an April 24 release in Japan.

It will be remembered that last September, Kyoto Animation announced that they will not push through with the film’s originally-scheduled January 2020 opening. This is because of production delays brought about by the arson incident that was perpetuated against the studio last July, causing the death of 36 people and leaving 33 people injured. In the announcement made in KyoAni’s website, the studio also thanked all the fans who continue to express support and stated that the director and staff are working hard and pouring all their heart and strength into the production.