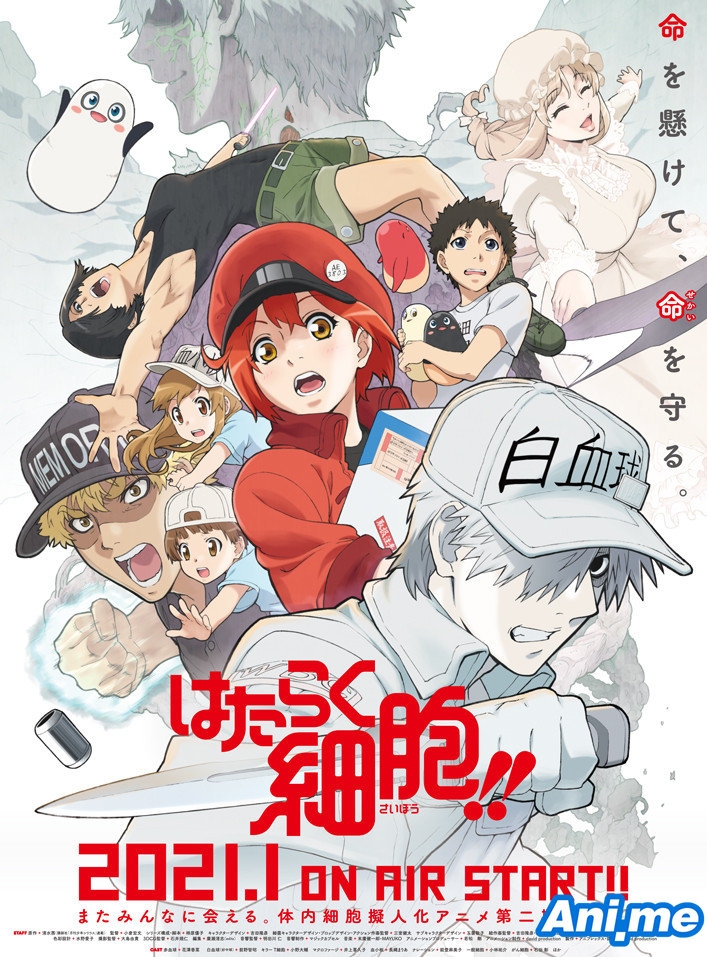 We need them now more than ever and they are coming soon (but we still have to wait for them for some months)! A new promo video released last Saturday announced that the second season of the Cells at Work! anime series is set for a January 2021 premiere. Check out the video here!

The video previews our favorite cells, like Red Blood and White Blood Cell, and also gives us a glimpse of new body cells as well as villains. (I hope they do an episode on the Corona virus).

In addition to the upcoming second season, a movie was also announced for the biology-themed serie! The movie is set to adapt a story from the manga’s 5th volume and is entitled Tokubetsu Jōei-ban “Hataraku Saibō!!” Saikyō no Teki, Futatabi. Karada no Naka wa “Chō” Ōsawagi! (Special Screening Edition: “Cells at Work!” The Return of the Strongest Enemy. A Huge Uproar Inside the Body’s “Bowels!”) The movie is set for a September 5 release in Japan.

Cells at Work season 2 and the new movie is set to be directed by Hirofumi Ogura (Black Butler II), who replaced season 1’s Kenichi Suzuki (JoJo’s Bizarre Adventures). Yuuko Kakihara (Persona 4 the Animation) is set to return to oversee the series’ scripts. The second season is still helmed by David Productions.

Cells at Work!’s first season, which was produced by David Productions, aired from July to September of last year. Its success among fans had led to a stage play adaptation that ran last November, and a mobile game entitled Itsudemo Hataraku Saibou.