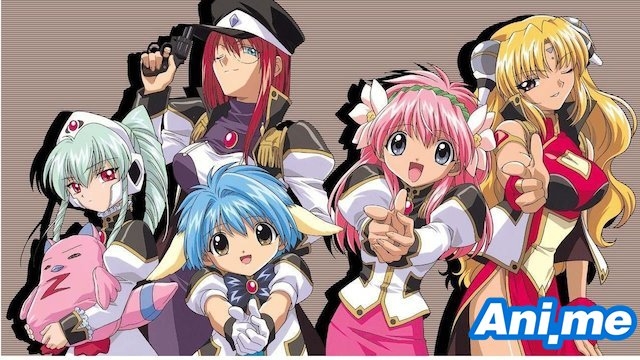 There’s more reason to just stay at home and watch more anime (especially in this current situation of the COVID-19).

Funimation announced on Monday that they will start streaming and adding more anime series from Nozomi Entertainment into its growing library on Tuesday. The following confirmed titles are Pita-Ten, Galaxy Angel series, Rental Magica, Fantastic Detective Labyrinth, and Umi Monogatari.

The Angel Brigade, an elite branch of the Transbaal Empire military, are assigned to search for The Lost Technology, mysterious items from the past that hold unknown powers. Led by the soon to retire Colonel Volcott O' Huey, the Angel Brigade travel to different planets using their specially designed Emblem Frame ships to search for Lost Technology. Unfortunately, they usually mess up somehow and end up getting into all kinds of weird and troublesome situations. 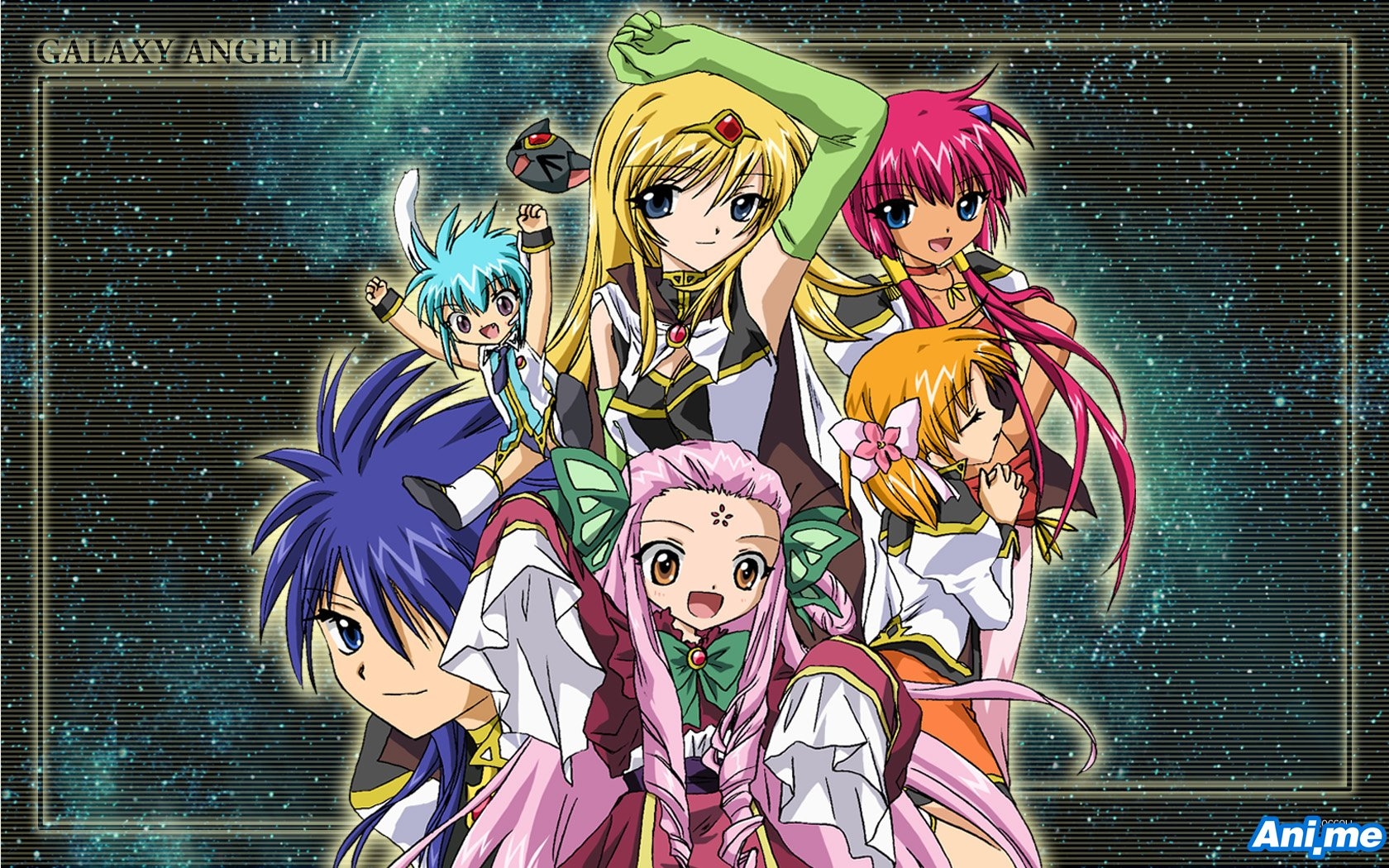 Apricot Sakuraba and 4 new girls were now assigned as the new Galaxy Angels with the same mission: to search for the Lost Technology and keep peace to Planet Transbaal. 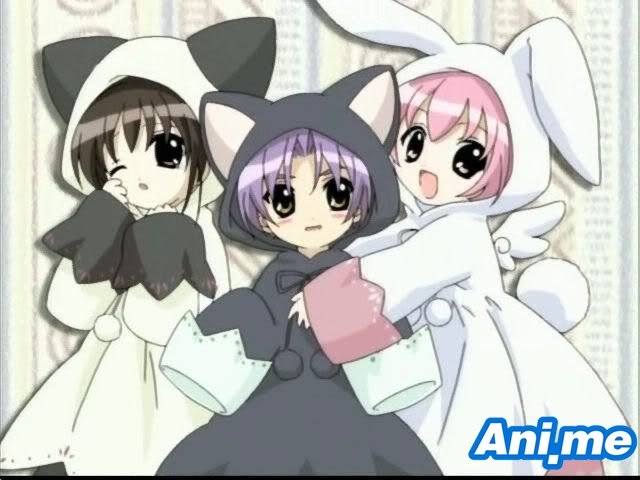 Kotaro was pretty much supposed to be your average boy, worried about the pressures of education while enjoying a simple life with his friends. Much to his despair, he one day finds the overly cheerful Misha at his door, asking to be friends out of nowhere. Even more shocking is that Misha is an apprentice angel, yet she does more bad then good. Along with Kotaro's school friends Takashi and Koboshi and the so called devil Shia (once again being able to do more good then bad), the group of friends spend their days getting into all sorts of adventures and troubles. Based on the manga by Koge-Donbo. 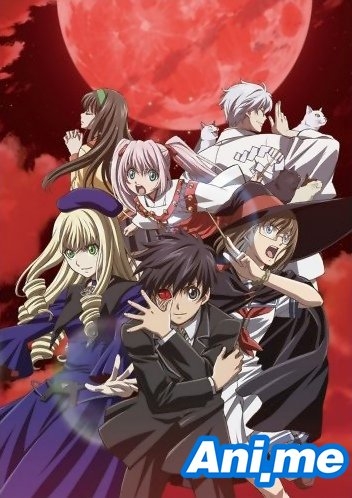 Due to his father's disappearance, Itsuki Iba has to take over the family business: a magician dispatch service. Their family employs countless magicians and other supernatural beings in order to send them out to help those who need magical assistance. As a leader, Itsuki now has to be tough, commanding, and reliable, but there's one problem, he's a coward. Also, in order to run a successful business, he must connect with his employees, which is more difficult than it seems due to his personality. But not only does he have to deal with his own employees, he also has to deal with those who threaten the family business. 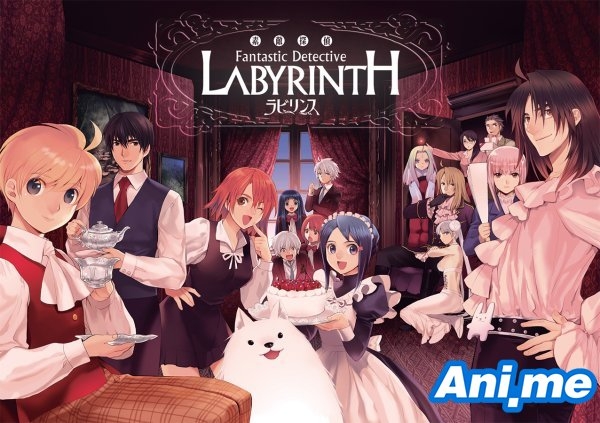 In a forgotten town known as the old capital of Tokyo, strange and mysterious crimes are progressively occuring. These supernatural occurances are beyond comprehension and bring fear and terror to the people. Only one person is not intimidated by the evil underlying these occurances and is willing to challenge them: Hyuga Mayuki, a young boy detective who holds a special insight power that allows him to uncover the real truth behind these occurances. 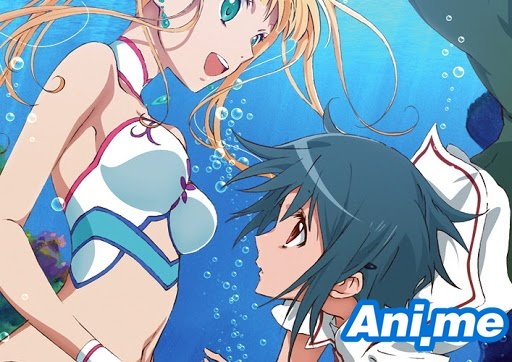 Marin and her younger sister Urin are seafolk who happen upon something quite strange: a beautiful silver ring lost beneath the waves. The kind-hearted Marin, intent on returning it to its owner, drags a reluctant Urin along with her to the sky world despite reminders of a turtle elder who left for the surface and never returned. After locating the ring's owner, Kanon Miyamori, they learn that Kanon had tossed it into the sea after her boyfriend dumped her earlier that day.

Though Marin insists that such a lovely item should not be thrown away, Kanon discards it once again. As they search for the ring, Urin becomes separated from the other two and accidently breaks the seal on a stone coffin, releasing an evil being known as Sedna. Sensing Sedna's release, the formerly missing turtle elder, Matsumoto, reveals himself to Kanon and her companions, naming Marin as the Priestess of the Sea. Together with the Priestess of the Sky, she has the power to seal Sedna away again. And as luck would have it, during an encounter with one of Sedna's minions, Kanon discovers that she is the Priestess of the Sky. Though Kanon is hesitant, she and Marin decide to work together to save the world from the evil that threatens it.

What a great anime series line added to Funimation. Be sure to check them out in case you haven’t watched these yet. Also, if you are looking for anime to watch, you can check out these series FOR FREE here.