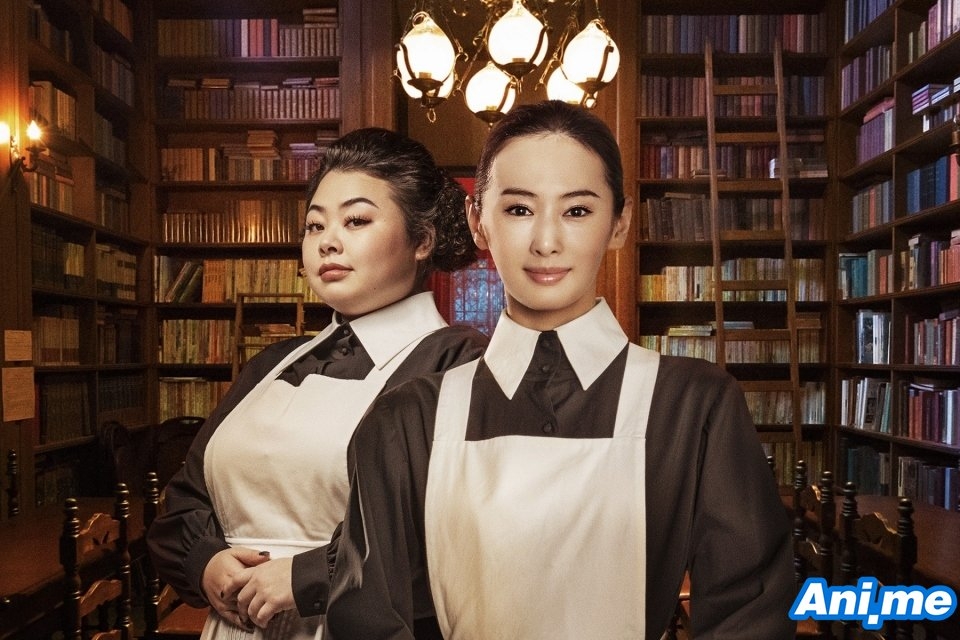 The official website of the upcoming live-action film adaptation of The Promised Neverland  has just revealed additional cast members. Actress Keiko Kitagawa (right in image above), will be playing Isabella aka Mama. Kitagawa is best known as Sailor Mars in the live-action Pretty Guardian Sailor Moon TV series. Comedian Naomi Watanabe (left in image above), on the other hand, will play Krone. Watanabe played Kanna Suzuki in the live-action KANNAsa-n!.

Upon the announcement of their casting, both Kitagawa and Watanabe expressed their thoughts on their respective characters. Kitagawa, who has read the manga, said that she found Isabella’s character challenging and had a hard time deciding how to portray her. She further elaborates, “any actor would understand how hard the manga is to adapt. I definitely thought that preserving the worldbuilding of the manga with the same quality was impossible. In the end, director Hirakawa decided that he would not change Isabella’s age and character at all.”

Watanabe also commented that she was able to act out her character well because of her close collaboration with the director, Yuichiro Hirakawa. She added, “the kids became very shy around the larger-than-life Krone. I want to be an obstacle to the kids alongside Isabella.”

Earlier-announced cast were Minami Hamabe (live-action anohana: The Flower We Saw That Day) as Emma, Jyo Kairi (live-action My Little Monster) as Ray and Rihito Itagaki (Show by Rock! stage musical) as Norman. The film will be directed by Yuichiro Hirakawa (live-action ERASED film), with scripts to be written by Noriko Goto.

The Promised Neverland is a manga series written by Kaiu Shirai and illustrated by Posuka Demizu, which is being serialized in Weekly Shonen Jump since August 2016. An anime adaptation of the series was first announced in 2018 and aired from January to March 2019 in Fuji TV’s late-night Noitamina anime block. The 12-episode anime series was animated by CloverWorks and directed by Mamoru Kanbe, with series composition by Toshiya Ono, character designs by Kazuaki Shimada, and music by Takahiro Obata. A second season was announced on the anime’s last episode last year.