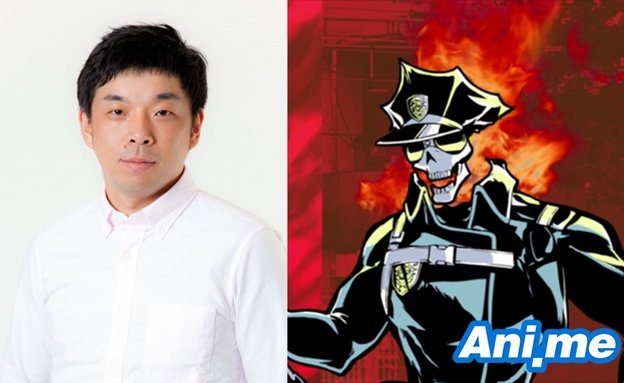 It was reported today that Inferno Cop voice actor Junichi Goto has passed away yesterday, February 24, after figuring in a motorcycle accident. He was 40 years old.

The accident happened in the Shuto Metropolitan Expressway’s Haneda Route in Tokyo’s Ota Ward at around 9:00 AM. According to Expressway officers’ reports, an eyewitness called the emergency hotline to report that a motorcycle struck the side wall on a straight, two-lane section of the Haneda Route. The incident was a single-vehicle accident, meaning Goto’s motorcycle hit the wall without interference from other vehicles.

The voice actor was immediately rushed to the nearest hospital but was pronounced dead on arrival. Goto sustained severe head injuries.

He is best known as the voice actor for the titular character Inferno Cop, which aired from December 2012 to March 2013. The anime is a net animation series aired on Youtube and produced by Studio Trigger and CoMix Wave. Anime News Network describes the series’ story as such:

“In the crime-infested Jack Knife Edge Town, Inferno Cop is a brutal police officer who stands up against the powerful Southern Cross organization. He must go on an insane adventure plotted by the evil group to eliminate him and allow them to conquer the world.”

Goto was born in Osaka and lived in the Nakachou district in Tokyo’s Meguro Ward.