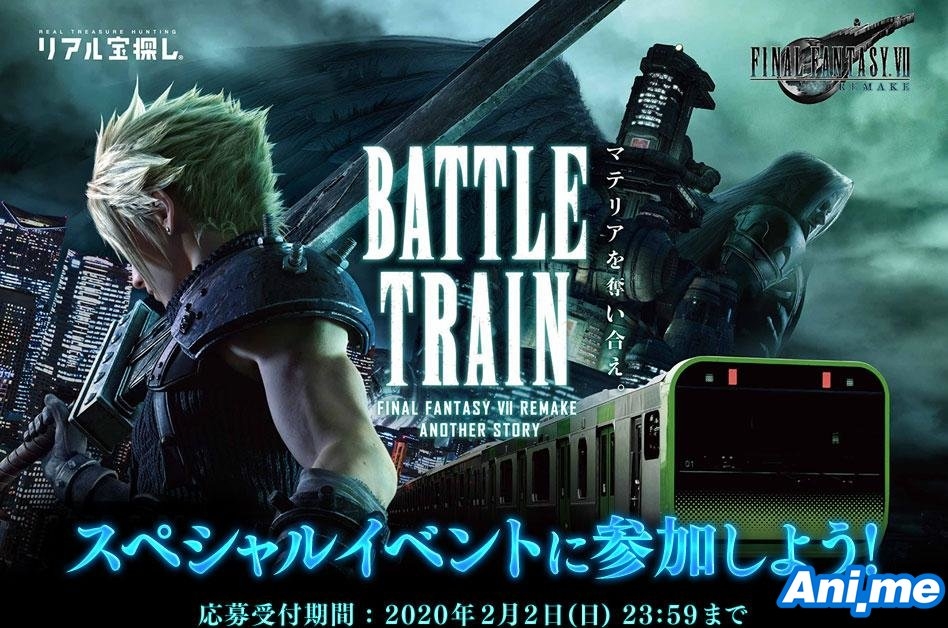 This was going to be a free “real-world treasure hunt” what would take 280 players on a one-hour mission on Yamanote. To those who are not familiar with the train lines in Japan, Yamanote is the busy train artery line that loops around Tokyo’s central area. Players are required to use their smartphones throughout the mission and will receive a present after completing the event.

Although this might bring a little bit of disappointment for those who are looking forward to this event, however, safety always comes first and Square Enix has done the right decision to cancel the event.

Now speaking of FINAL FANTASY VII Remake, are you excited for the upcoming release? We are very excited than you guys are.

To add the hype into the game’s highly anticipated release (which is slated at April 10 worldwide, by the way), the game’s opening movie was officially uploaded in the Final Fantasy franchise YouTube channel on Friday. Two versions of the movie were uploaded: in Japanese and in English.

Recently, the new theme song trailer was recently released on the official YouTube channel of the Final Fantasy franchise. The said new trailer teases the game’s theme song “Hollow” by Yosh (Survive Said the Prophet). The song is composed by the notable Final Fantasy series composer himself, Nobou Uemtasu. Aside from this, another highlight of the trailer is seeing the main protagonist Cloud Strife wearing a dress. You may watch the trailer here.

The highly anticipated remake of Final Fantasy VII was originally slated to be released on March 3. However, it was announced recently that the game’s release will be delayed until April 3. The game is confirmed and strictly will be a PlayStation 4 exclusive game until March 3, 2021. As of this writing, Square Enix has not announced if there will be an extension of the exclusivity date. The game is remake to popular Final Fantasy VII PlayStation One game released in 1997.

Last May, Square Enix stated in a Japanese news post that “production is underway on the work as multiple parts.”

Final Fantasy VII follows the story of mercenary Cloud Strife, who is hired by the eco-terrorist group AVALANCHE led by Barret Wallaceto help fight the mega-corporation Shinra Electric Power Company, who attempts to drain the planet’s lifeblood as an energy source to further their profits. Apathetic to the cause, Cloud initially fights for personal gain, and for the promise he made to childhood friend Tifa Lockhart. Cloud eventually joins forces with many others to save the planet, which is threatened by Shinra and Cloud’s nemesis Sephiroth, and discovers a reason to fight for a cause other than his own.

We are very much excited for the release of this upcoming game. We hope you guys have already pre-ordered your copies. If not, you might want to head to your nearest game store soon!