The manga may be ending soon, but we won’t be seeing the last of the quints yet! Kodansha’s Weekly Shonen Magazine has just announced that season two of the anime adaptation of Negi Haruba’s ultra-popular manga Quintessential Quintuplets (Gotoubun no Hanayome) is set to be released this October! The new season is officially titled Gotoubun no Hanayome ∬  (I dunno how to read that okay).

A promotional video was also released for this announcement. Watch it here!

A new teaser visual was also released for the new season, which of course features our favorite quints. 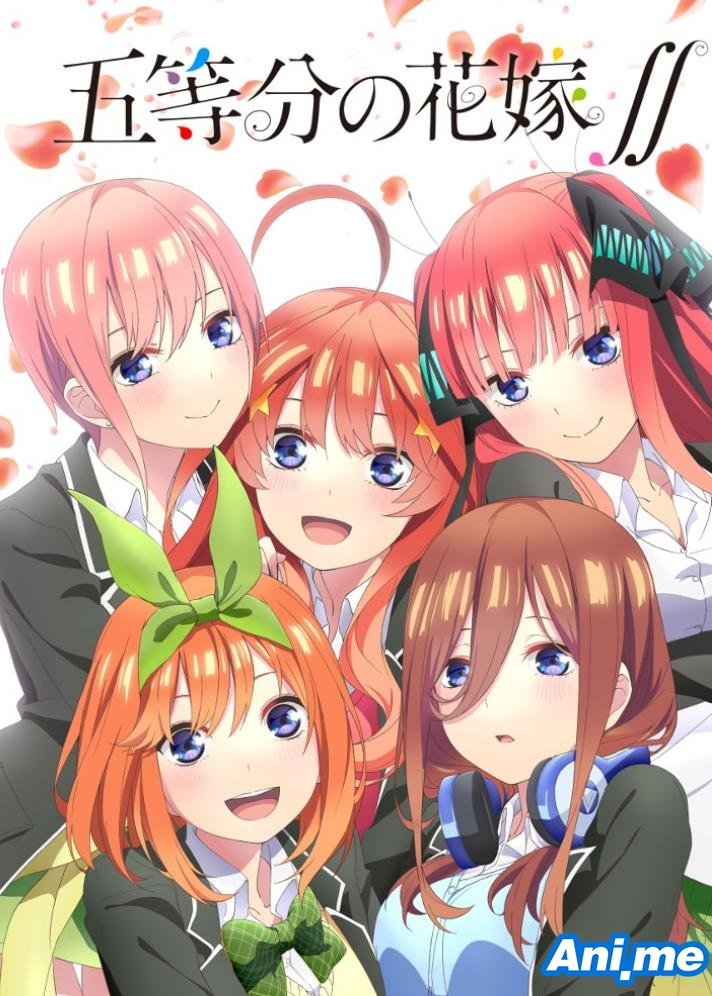 The new season is now directed by Kaori (Yuyushiki, How to Keep a Mummy), replacing Satoshi Kuwabara. The series will now also be handled by Bibury Animation Studio (Azur Lane, Grisaia: Phantom Trigger), replacing Tezuka Productions. The series scripts, however, will still be handled by Keiichiro Ochi.

Quintessential Quintuplets is a shounen manga series written and illustrated by Negi Haruba. It is currently being serialized in Kodansha’s Weekly Shonen Magazine since August 2017 .An anime adaptation produced by Tezuka Productions aired from January 10 to March 28, 2019, with Crunchyroll and FUNimation holding the license for the series’ North American release.