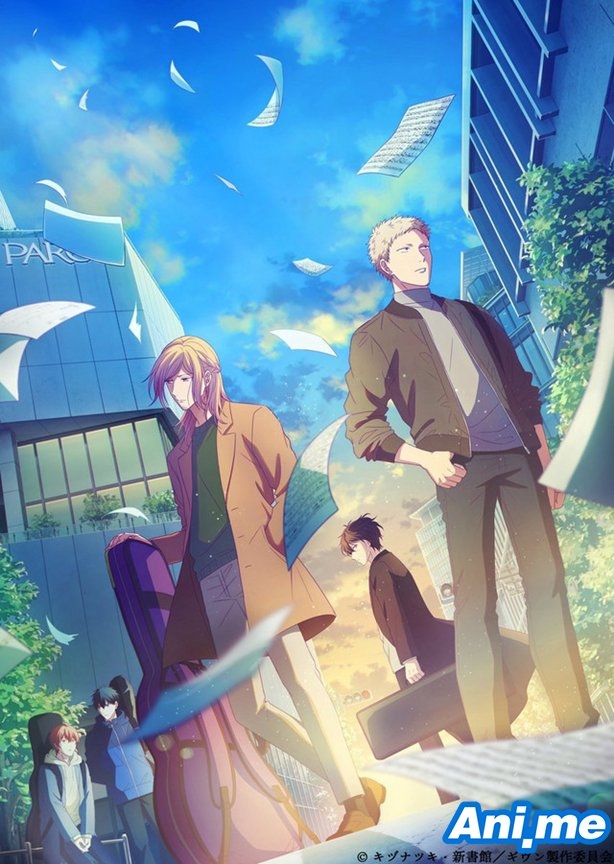 The poster’s theme is “dawn of the night”, with the visuals supposed to symbolize the three’s complicated relationships with each other.

The movie’s official website has also announced that the given anime film will be released in Japan on May 16.

While the Given TV series focused on high schoolers Ritsuka and Mafuyu aka my precious sons, the movie will be focusing on the older members of the band Haruki and Akihiko, along with the latter’s mysterious violin prodigy roommate Ugetsu.

Hikaru Yamaguchi (Escha Chron) will return to direct the film, as well as script writer Yuniko Ayana (both seasons of BanG! Dream) and character designer Mina Osawa. Music will be composed by rock band Centimillimental, who also provided the music for the given series.

Given started as a manga series written Natsuki Kizu. Studio Lerche adapted the manga into an anime series and aired it on July 11 on Fuji TV’s Noitamina block. Given was the first-ever BL anime to air in the said block.

The series’ story centers on Ritsuka, a once-avid guitarist who has lost interest in the instrument. He then meets Mafuyu, who is holding on to a broken guitar. Perplexed by this, Ritsuka offers to fix his guitar and teaches him to play it as well. When he hears Mafuyu singing, however, Ritsuka starts to feel something different.