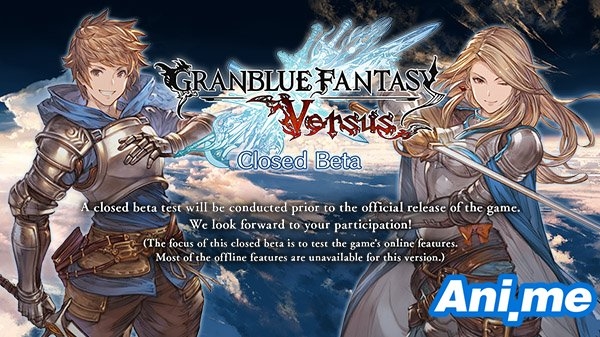 About Granblue Fantasy Versus

Granblue Fantasy has soared into the hearts of millions since its release as a browser game for smartphones in 2014, and will celebrate its sixth birthday in March 2020. Featuring Cygames’ high-quality art, captivating sound design, and an ever-expanding game system, Granblue Fantasy has continued to charm its fans throughout the years.

Now Cygames has partnered with Arc System Works, known for popular fighting franchises such as GUILTY GEAR and BlazBlue, to bring Granblue Fantasy to the world of fighting games, complete with top-notch game design and one-of-a-kind 3D graphics. Granblue Fantasy: Versus will be released for the PlayStation®4 on February 6, 2020.

About Ring Fit Adventure (as described by Nintendo):

About Pokemon Sword and Shield (as described by Nintendo):

A new generation of Pokémon is coming to the Nintendo Switch™ system. Begin your adventure as a Pokémon Trainer by choosing one of three new partner Pokémon: Grookey, Scorbunny, or Sobble. Then embark on a journey in the new Galar region, where you’ll challenge the troublemakers of Team Yell, while unraveling the mystery behind the Legendary Pokémon Zacian and Zamazenta!

About Yazuka: Like a Dragon (as described by Playstation):

Yakuza: Like a Dragon introduces a new main protagonist for the first time since the series’ inception over a decade ago — Ichiban Kasuga, a low-level yakuza member looking to prove his self-worth, and follows him and his motley crew of unlikely allies as they attempt to rise from rags to riches in this modern human drama.

Yakuza: Like a Dragon is much more than just a new chapter in the Yakuza series. Much like the new English title itself, Yakuza: Like a Dragon is a complete reimagining of the franchise, a landmark to coincide with the series’ 15th anniversary. With the bulk of the game taking place in the large-scale, painstakingly-realized setting of Ijincho in Yokohama, players will explore an entirely new side of Japan never-before-seen in the series. Not only that, but Yakuza: Like a Dragon’s combat system has undergone a major overhaul, combining Yakuza’s established brawling action with a turn-based RPG battle system.