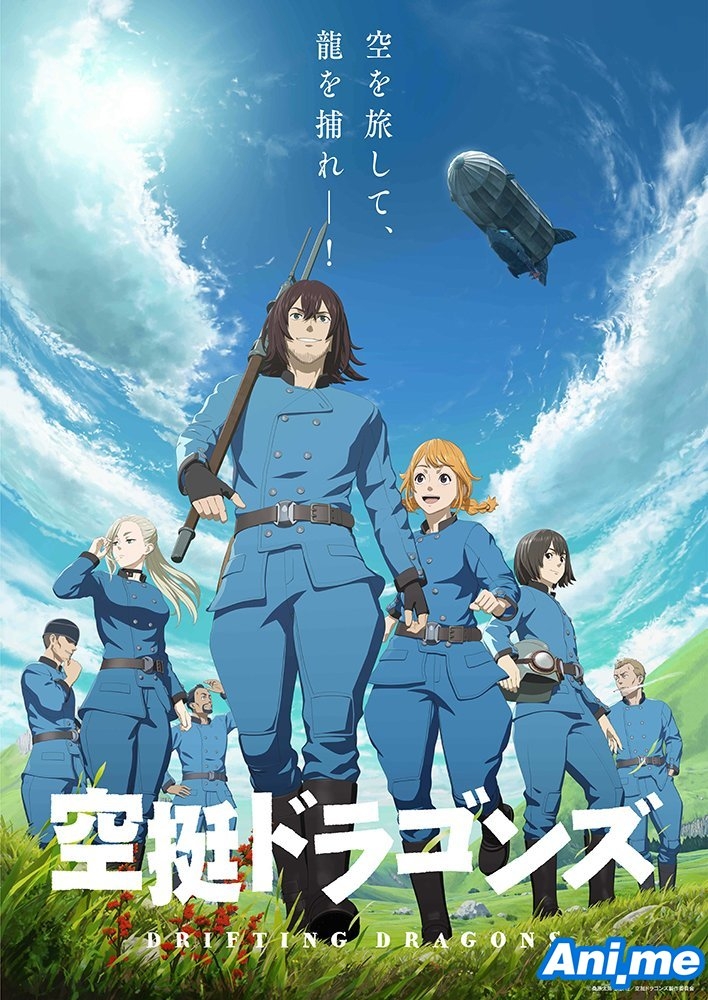 A new promotional video for the currently-running Drifting Dragons (Kuutei Dragons) series was released in the series’ official website. The 1 minute and 20 second promotional video teases the upcoming “Giraud Arc” of the story, which is set to start in the series’ 6th episode. The video, which you can watch here, shows the encounter between Giraud (voiced by Soma Saito) and Katja (played by Ayane Sakura).

The series premiered in Japan last January 8. The series is also being streamed online in Japan via Netflix, which started broadcasting the series on January 9.

Kodansha Comics has been releasing the manga digitally in English since 2017, and has released the fifth volume digitally last December. The first volume was just printed and released that month as well. Kodansha describes the manga’s story as such:

“The draking vessel Quin Zaza soars through the skies, hunting dragons that hide in the clouds. A single big catch means full coffers and all the meat they can eat, while failure means an empty wallet and an even emptier stomach. Join us as we log the crew’s grand adventures, chasing dreams of the sky, dragons, and gourmet cooking!”

Drifting Dragons is written by Taku Kuwabara and was launched in Kodansha’s Good! Afternoon magazine in 2016. The series’ seventh compiled volume was published last November. A serialized novel was also launched for Drifting Dragons in May 2019, with Kuwabara providing original illustrations for the novel.