After picking a waifu/husbando to send chocolates to, enter your name (10 characters only!) then pick a chocolate to give to them: Financier, Muffin, Chocolate pound cake, Fondant chocolat, Chocolate truffle, Cupcake, Macaron, Gateau chocolat, and Japanese ganache (Nama-Chocolate). Then you can write your Valentine’s Day message to them (1000 characters only), click the “”EN-US" style=“font-family: ‘MS Gothic’;”>チョコとメッセージを贈る" button at the bottom of the page, and voila! You’ll get a recorded message from your chosen character, and a Twitter icon to boot.

Yours truly tried it and sent a Valentine’s chocolate to Yuki (a macaron, specifically), and I got this cute Twitter icon: 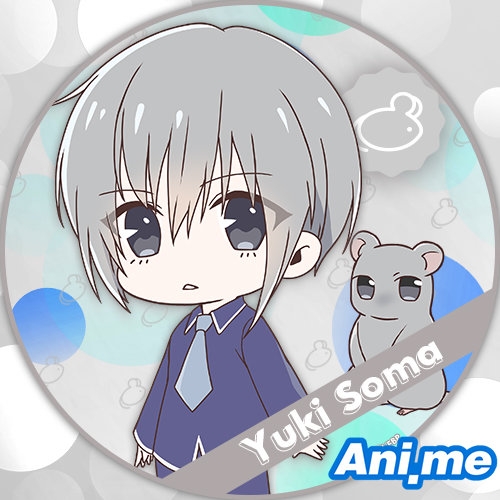 A new teaser visual was also recently revealed for the upcoming and much-awaited season 2 of Fruits Basket! Check out the visual below, which features a brooding Yuki and Kyo looking behind them with their Zodiac shadows (and in Kyo’s case, his real Zodiac form). 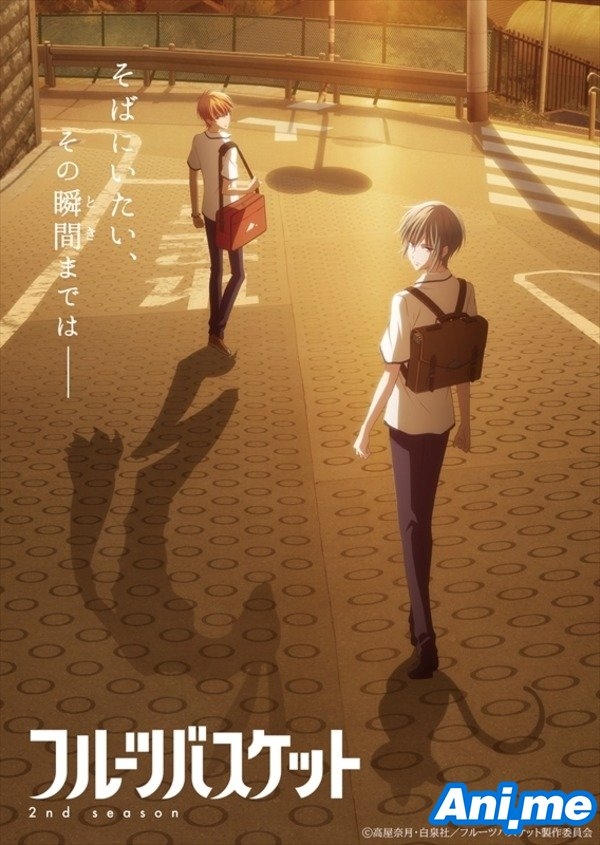 The first season of Fruits Basket 2019 aired in Japan on April 5. Funimation has gained the exclusive rights to stream the series and release it on home video.

The Furuba reboot is produced by TMS Entertainment under the direction of Yoshihide Ibata. The script is penned by Taku Kishimoto, and character designs are done by Masaru Shindo.

The first anime adaptation of Furuba, which was released in 2001, was famously denounced by the series’ author Natsuki Takaya because she and Studio Deen ran into numerous creative disagreements. The end result was the series deviating from the original story in the manga, causing Takaya to reject offers for a remake or a second season—that is, until news came out in 2018 that Takaya has finally agreed to a new adaptation. According to reports, she agreed on the condition of hiring an all-new cast and staff. TMS Entertainment, the studio handling the new adaptation, has also given Takaya lots of input in the process by naming her as the series’ Executive Supervisor.

Serialized from 1998 to 2006 in Hakusensha’s Hana to Yume magazine, Fruits Basket follows the story of sweet orphan girl Tohru Honda who ends up living with the members of the Soma clan. She is sworn to secrecy when she finds out that the Somas are cursed to turn into zodiac animals when they are hugged by someone of the opposite sex.