The official website for upcoming original romance anime film Words Bubble Up Like Soda Pop (Cider no You ni Kotoba ga Wakiagaru) has revealed more cast members for the film, along with official art for the characters. From left to right, they are: 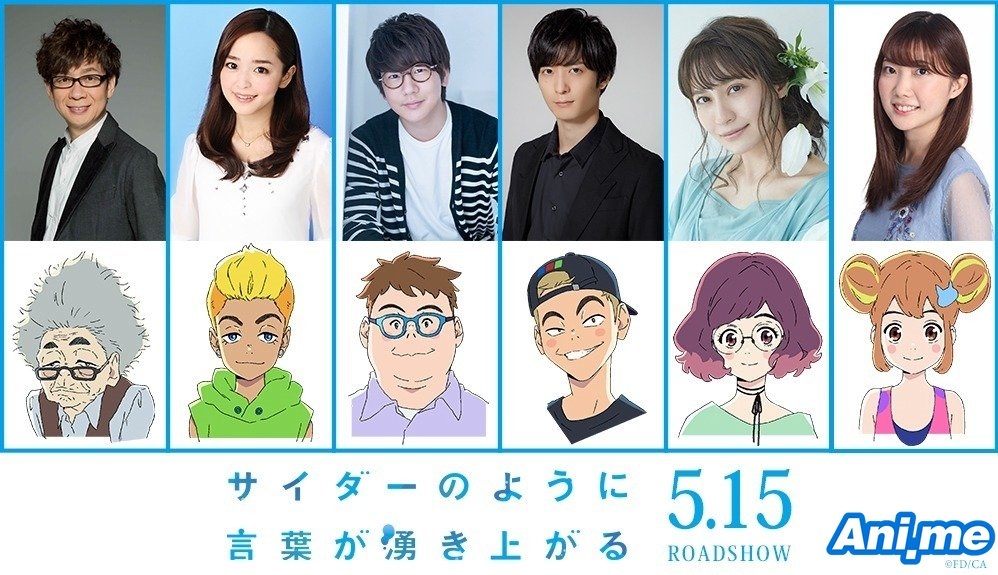 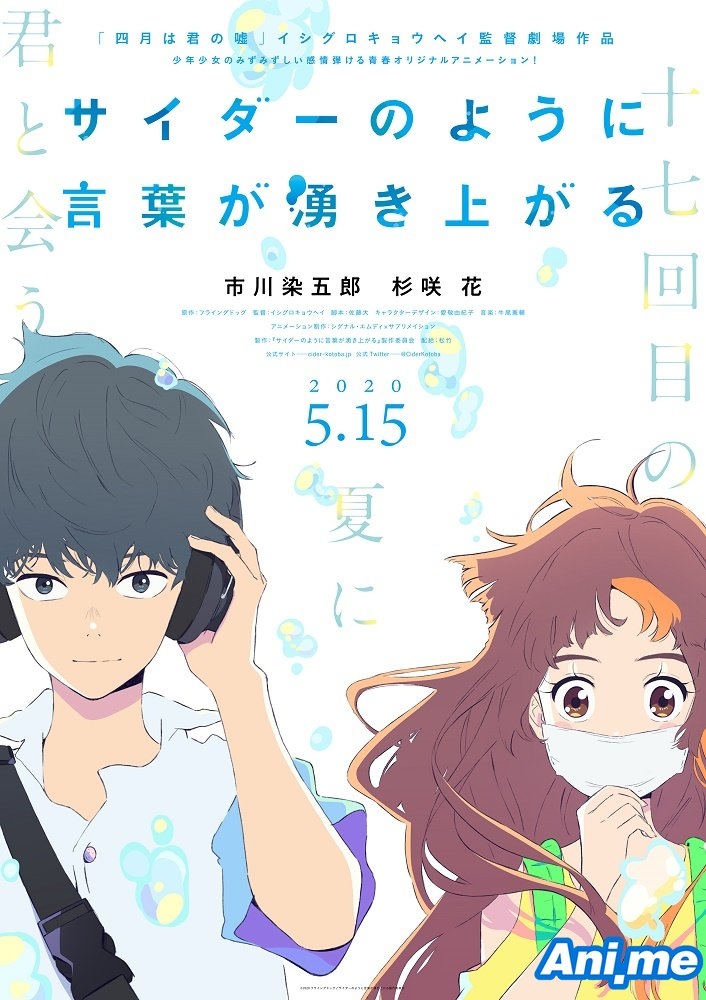 Anime News Network describes the movie’s story as such:

“The visual features the tagline, “I met you in my 17th summer …” The “boy-meets-girl” story depicts how words and music bridge the gap between Cherry, a boy who is terrible at communicating with other people, and Smile, a girl who hides behind a mask. They meet in a mundane suburban shopping mall in a provincial city.

Cherry always wears headphones and puts the feelings he cannot utter into his hobby, Japanese haiku poems. Smile always wears a mask to conceal her large front teeth, for which she has dental braces. As a popular video star, she streams a video about seeking “cuteness.””

The movie is part of the 10th year anniversary celebrations of Flying Dog, the animation and music subsidiary of Victor Entertainment. The original anime film is directed by Kyohei Ishiguro (Your Lie in April, Occultic;Nine) for Signal.MD and Sublimation studios. Screenplay is written by Dai Sato (Eureka Seven, Cowboy Bebop, Samurai Champloo, Wolf’s Rain) and character design is done by Yukiko Aikei (Your Lie in April, Accel World). kensuke ushio (A Silent Voice, DEVILMAN crybaby) is composing the music.

Words Bubble Up Like Soda Pop is set for a May 15 release in Japan.