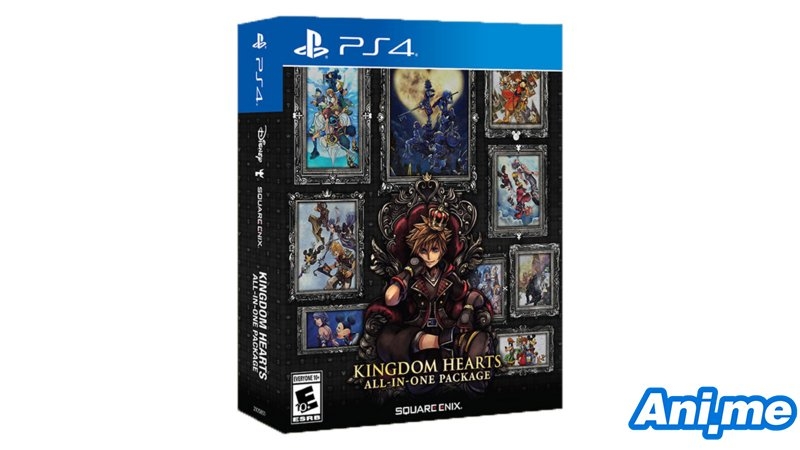 The digital release of this collection was released in March 2019 for the PlayStation 4.

Here are the following titles that will be included in this collection:

It was announced on Thursday by Square Enix that they are currently working on a new “experience” for the popular Kingdom Hearts franchise. This time, it’s not for the consoles but for smartphones. The project is temporarily titled as “Project Xehanort”, with a tagline that says, “Why did he become the seeker of darkness?”

The said smartphone project is slated to be released on iOS, Android, and Amazon.

In relation to this, a new Twitter account with the “Kingdom Hearts OOO OOO” was officially made on Thursday. The said account will be the source for everything that has something to do with the new mobile service. The “OOO OOO” characters represent six unconfirmed characters that will be part of this project. There is still no hint if the main characters from the Kingdom Hearts franchise will be in this smartphone project or will have new characters.

As a way to promote and add hype into this upcoming mobile service, Square Enix is currently holding a campaign in which participants will have to guess the title of the smartphone project. Ten lucky winners will be given prizes if the named the project correctly.

Square Enix teased on Wednesday that the team behind the PC browser game Kingdom Hearts χ [Cross] will have an “unexpected announcement” on Thursday. The game company also revealed that two more active teams (aside from those working with Cross and Kingdom Hearts III) are currently working on other projects related to the franchise. One of these projects is expected to be revealed “surprisingly soon”.

Square Enix released Kingdom Hearts χ [Cross] in 2013 as a PC Browser game. The game sadly ended service in September 2016. Just to give you an idea on what the game is about, it’s a prequel game that is set during the Keyblade War. In the game, you get to create your own avatar and play as a keyblade wielder completing various missions. The PC browser game have paved way for a release of a smartphone game titled Kingdom Hearts Unchained χ which was first released in Japan in September 2015 then on April 2106 North America. In April 2017, the game was relaunched into a new title Kingdom Hearts Union χ [Cross].

The Kingdom Hearts story begins here! Meet faces both familiar and new as you become the hero of your own tale! Fight alongside an all-star cast. Tap and swipe to execute mighty attacks. Equip character Medals featuring beloved Disney and Final Fantasy characters to call on their strength in battle. Customize your equipment and find new strategies to overcome fierce enemies!

Many modes to enjoy! Play with up to 6 friends in real-time multiplayer quests! Cooperate with friends explore stages and tackle fearsome foes! Unlock the Coliseum by playing through the main quest and compete against others to climb the ranks!

Express yourself with customizable avatars! An ever-growing selection of parts lets you make your very own avatar! Let your creativity run free as you choose from seasonal, event, and character-themed avatar parts to put together a unique look!

Kingdom Hearts III was released for the PlayStation 4 and Xbox One on January 25 (Japan) and January 29 (West). The following confirmed worlds in the game are Toy Story, Big Hero 6, Monsters Inc., Tangled, Frozen, and Pirates of the Carribean. Square Enix also confirmed the return of the Olympus Coliseum world.

During Tokyo Game Show in September last 2018, game director Tetsuya Nomura said the upcoming game is “most definitely not the end of Kingdom Hearts.” He also expressed that he wishes to continue Sora’s story and confirms that the final game will have Xehanort as the main enemy. It was also revealed that Kingdom Hearts III will contain a secret movie and the game staff is still deciding on where to where to implement it into the highly-anticipated game.

KINGDOM HEARTS III tells the story of the power of friendship as Sora and his friends embark on a perilous adventure. Set in a vast array of Disney and Pixar worlds, KINGDOM HEARTS follows the journey of Sora, a young boy and unknowing heir to a spectacular power. Sora is joined by Donald Duck and Goofy to stop an evil force known as the Heartless from invading and overtaking the universe.

Through the power of friendship, Sora, Donald, and Goofy unite with iconic Disney-Pixar characters old and new to overcome tremendous challenges and persevere against the darkness threatening their worlds.