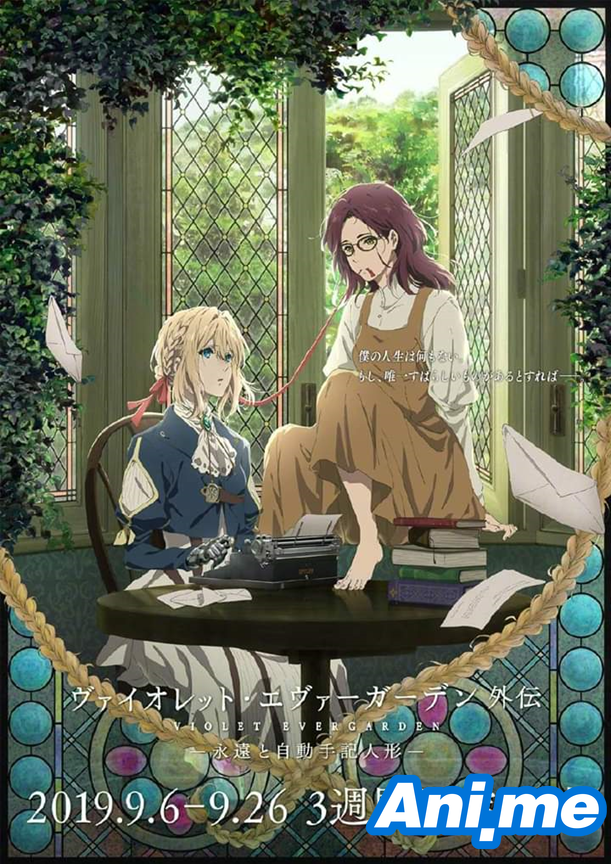 According to Anime News Network, the side story “centers on Isabella, the heir to a noble house. She attends a school for well-groomed young women, under a “contract” with her father. To her, this beautiful place where white camelias bloom is nothing more than a prison. Having resigned all hope and expectations for her future, Isabella meets her new manners teacher, Violet Evergarden.”

You can watch the trailer for the film here .

Isabella York (the girl with the glasses) will be played by Minako Kotobuki (Nanami Touko in Bloom Into You). Taylor Bartlett, the young girl in the trailer, will be played by Aoi Yuki (Tsuyu Asui in My Hero Academia, credited as Aoi Yabusaki). Taylor is described as “a girl with no family who pays Violet a visit.”

The side-story is directed by Haruka Fujita (Sound! Euphonium), who also directed episodes for the anime series. The film was set to run for just two weeks in Japan starting on September 6, but the film’s success allowed it to enjoy four weeks’ worth of added screening dates.