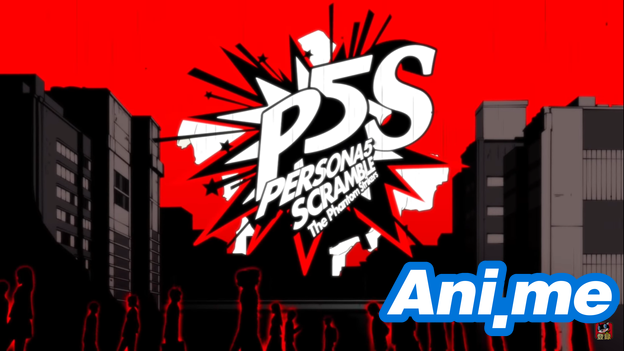 We kinda saw this coming, but nevertheless we were still amazed by the just-released opening video for the newest game in the Persona 5 franchise! Atlus has released this Sunday the opening video for Persona 5 Scramble: The Phantom Strikers which spotlights each member of the Phantom Thieves! Besides previewing new characters Sophia and a mysterious dual-gun wielder, the opening video also features a new song with unintelligible (at least to my non-native English speaker self) English lyrics (LOL). Check it out here!

Persona 5 Scramble is a sequel to the Persona 5: the game is set 6 months after the events in the Persona 5 game. The Phantom Thieves—Joker, Morgana, Ann, Ryuji, Makoto, Yusuke, Ryuji, Sakura—go on a summer vacation (yes, the obligatory beach episode) but instead of relaxing, they get involved in a new incident that spans the entire Japan.

A PV was previously released for the game, which features all the characters (and THAT beach moment—also a gorgeous hair flip moment from my girl Ann) and a sneak peek at the gameplay. You can watch that clip https://youtu.be/RKEKHvJJ5Mg.

Persona 5 Scramble: Phantom Strikers is an action RPG which features the “musou” style of Koei Tecmo and Omega Force’s hack-and-slash Dynasty Warriors series, which involves defeating a large number of enemies at once. Persona 5 S however still has the turn-based play of Atlus’ Persona series. The game is set for a February 20, 2020 release in Japan for the PlayStation 4 and Nintendo Switch.

An expansion to the original Persona 5 game entitled Persona 5 Royal will be adding in the Phantom Thieves’ previously-unexplored third semester in Shujin Academy. The game was released in Japan last October 3.