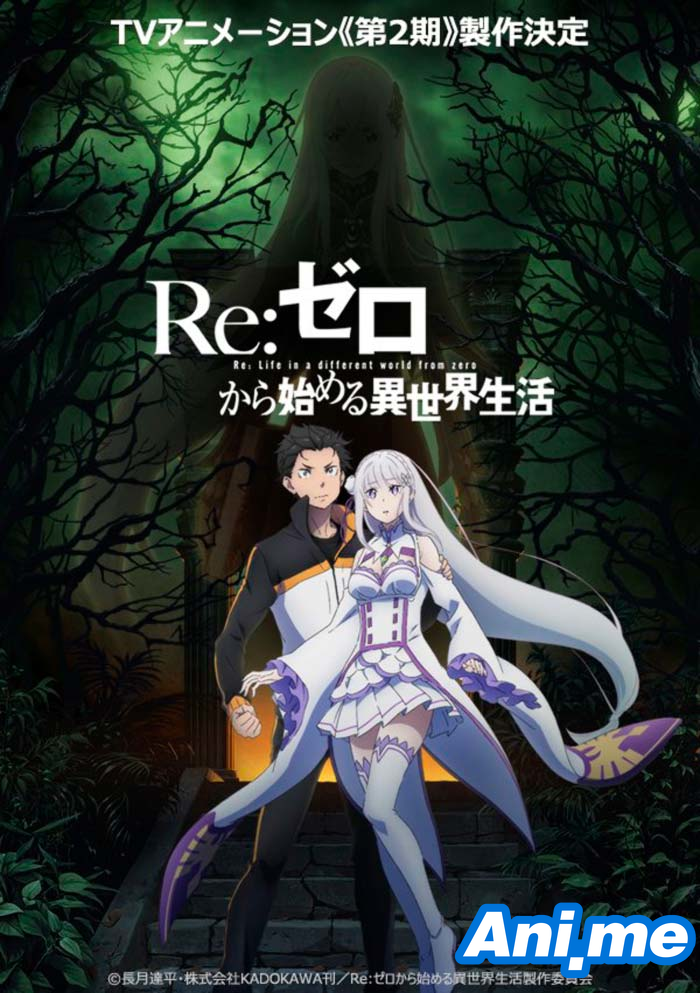 The official website of hit isekai anime series Re:ZERO -Starting Life in a New World ( – Re:ZERO – Kara Hajimeru Isekai Seikatsu – ) has just revealed the artists who will perform the theme songs for its upcoming second season. According to the announcement made this Wednesday, Konomi Suzuki will be singing the series’ opening theme song once more. Suzuki sang season one’s OP song “Redo”. On the other hand, solo singer nonoc—who performed the theme songs for two Re:ZERO OVAs, Memory Snow and Frozen Bonds, will be performing the season two ED song.

An edited first season—dubbed Re:ZERO -Starting Life in a New World – Director’s Cut— premiered on January 1. Edits to the 25-episode season 1 include additional footage and a reworking of the episodes to make it fit into a one-hour timeslot.

Re:ZERO -Starting Life in a New World is confirmed for an April 2020 release.

A theatrical OVA, Re:ZERO – Starting Life in a New World – Frozen Bonds OVA (Re:ZERO – Kara Hajimeru Isekai Seikatsu – Hyouketsu no Kizuna) was released in selected theaters in Japan last November 8. The OVA revolved around Emilia and Puck’s first meeting during the journey to Roswaal Mansion to be a candidate for the royal election. The OVA was announced after the release of the first OVA, Memory Snow, which took place after Subaru and his friends’ defeat of the demon Wolgarm. It also featured Subaru going out on a “scout mission” for his date with Emilia.

Re:ZERO – Starting Life in A New World - is a light novel series written by Tappei Nagatsuki and illustrated by Shinichirou Otsuka. The story revolves around hikikomori (i.e., social recluse) Subaru Natsuki, who suddenly finds himself transported into another world during a trip to the nearest convenience store. Once there, he realizes that he gets “resurrected” each time he dies. An anime adaptation of the series by White Fox aired from April to September 2016, which eventually became hugely popular to fans because of its interesting characters and unique take on the isekai premise.