BEASTARS to be Available in Netflix Outside Japan on March 13! 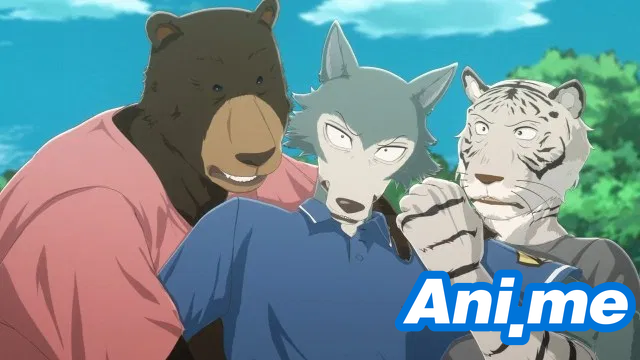 Get hyped as the official Twitter account of Netflix on Monday revealed that the BEASTARS anime will be available for streaming outside of Japan beginning March 13! The anime first season has ended with a total of 12 episodes. Recently, a second season of the anime is confirmed.

Netflix already announced earlier last month that the anime will be available soon for viewers outside of Japan. The following list of regions have not been announced so far as of this writing. Netflix has become a video streaming powerhouse, not only providing a massive library of exclusively produced TV series and movies but also adding a massive library of other TV shows and movies from around the world.

The anime is currently available for streaming on Netflix in Japan.

While the BEASTARS anime adaptation was airing, more good news has been announced, especially for the long-time fans of the franchise. It was confirmed in the first 2020 issue release of Weekly Shonen Champion magazine released last month that a stage play adaptation of the manga is confirmed. The play is set to run in April and May next year in Tokyo and Osaka.

The stage play adaptation would be quite interesting as the main characters are animals, and we’re curious about how they are going to pull off each of them. Stage play adaptations of popular anime series have been common over the years. Popular franchises like Naruto, Sailor Moon, Death Note, Haikyuu!!, and Touken Ranbu are some of the many titles that got stage play adaptions and had big hits.

The boom of anime stage musicals and plays began in 2003 after the massive success of the stage play adaptation of Prince of Tennis. These kinds of productions are popular amongst girls, probably because of the handsome cast and its unique way of storytelling. Stage plays are also a way for companies to add more material into the series and sell exclusive merchandise. Some may prefer the original source and its anime adaptations. Some, however (especially theater fans), still have a heart for these kinds of adaptations.

Now going back to BEASTARS, it would probably be a big hit considering that its massive popularity grew ever since the anime adaptation was released and its fanbase is growing. We still don’t have an exact date yet, but at least we know the months on when the stage play will take place.

Here is a detailed synopsis about BEASTARS as shared by VIZ Media:

There is more reason to get a Netflix subscription now (just in case you’re still part of the small population who doesn’t have one yet!) We can’t wait for the release of BEASTARS and we hope that there more to look forward for this awesome franchise.