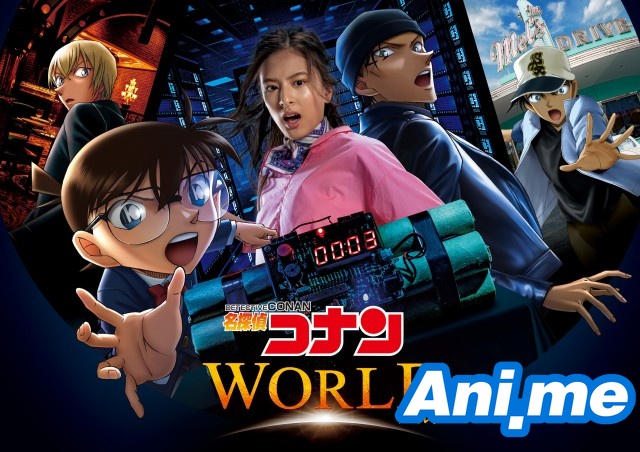 Can you imagine our favorite young detective Edogawa Conan in our world solving cases? On Monday, an ad was released by Universal Studios Japan featuring its “Cool Japan” attraction. The latest ad that was uploaded features Detective Conan interacting with real people who are entering the Detective Conan attraction. The video also features characters from Lupin III as it also highlighted its live street entertainment show. Attractions under Universal Cool Japan will run from January 21 until June 28 of this year.

The Detective Conan series centers the many detective adventures of Shinichi Kudo alias Conan Edogawa whose body got shrunk after being taken a drug by criminals.

Another ad was also released by Universal Studios Japan which highlights the “Attack on Titan XR Ride”. If you’re a person who doesn’t love the outdoor roller coasters, then this one you may consider as it is indoor and it is guaranteed to give you the feel of swooping to the sky with your 3D maneuver gear.

Aside from the two mentioned attractions, Universal Cool Japan will also have Monster Hunter World: Iceborne attraction. You will be taken to a different kind of VR fantasy experience exploring the environment and encountering the game’s vicious monsters in a VR monster hunt. This attraction was developed as a celebration to Monster Hunter World’s newest expansion Iceborne.

The Monster Hunter franchise began in 2004 and as of February 2018, more than 46 million copies of the games were sold from its first game until the recent.

Monster Hunter: World officially released worldwide on both the Xbox One and PlayStation 4 on January 26. In its first three days, around 5 million copies have been shipped worldwide which officially set a new record for the franchise.

Monter Hunter: World is officially one of the most successful video games in the franchise as the quarter financial report of CAPCOM released in February 2019 revealed that the game has sold more than 11 million copies worldwide. The tally includes the sales from the PlayStation 4 (both Physical and Digital), Xbox One, and PC via Steam.

There’s something to look forward to in Japan this year. We hope that you get to enjoy these four awesome attractions with family and friends!