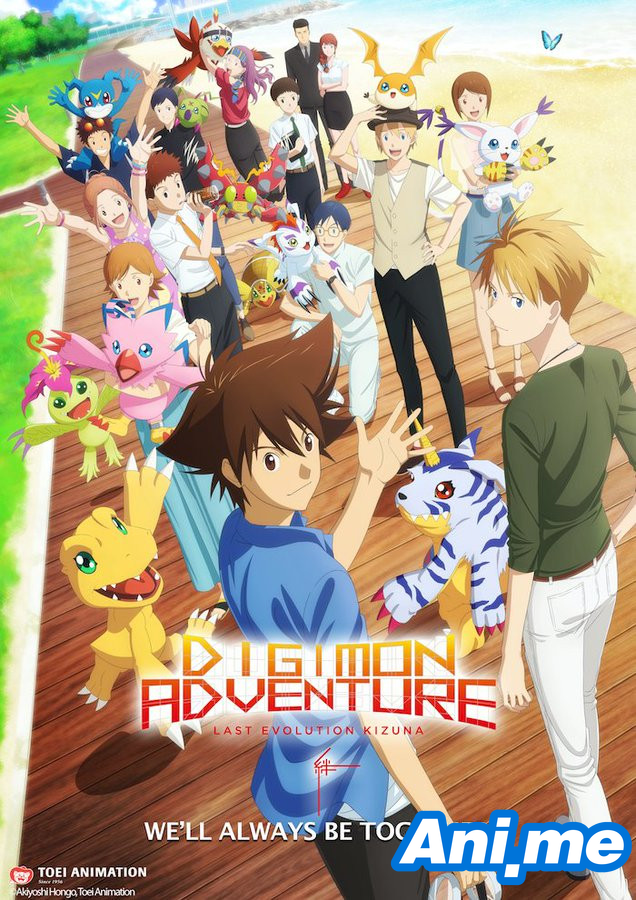 Digimon fans in the US, rejoice! Fathom Events in partnership with Toei Animation has announced that they will be holding US theatrical screenings for the upcoming Digimon Adventure: The Last Evolution Kizuna anime movie! According to the announcement, the film will be screened in select cinemas in the US on March 25. Tickets to the film will be sold starting on February 7.

Fathom Events also indicated in the announcement that the film will be screened in Japanese dub with English subtitles. There is no news of an English dub for the movie so far.

The film is set to open in Japan on February 21. An English-subtitled trailer was previously released, which you can watch here!

The trailer is set in the year 2010, with the DigiDestined all grown up but are still together with their partner Digimon. A new character, a Digimon researcher named Menoa Bellucci tells them that now that they are all grown up, their partner Digimon will soon disappear. But before that happens, Taichi, Yamato, and the rest of DigiDestined have one final mission with their beloved Digimon. It was previously revealed that the movie will follow the original DigiDestined at age 22, their ages in line with the franchise’s 20th anniversary (Digimon was created in 1997, with the anime series launched two years later). It was also revealed that the 02 Digidestined will be making an appearance in the movie as well.

The film will be directed by Tomohisa Taguchi (Kino’s Journey – the Beautiful World -), with the script to be penned by Akatsuki Yamatoya (Gintama). Yamatoya wrote the scripts for Digimon Adventure and for later seasons as well. Series creator Hiromi Seki returns as supervisor of the film. Katsuyoshi Nakatsuru and Kenji Watanabe are also returning as the film’s original character and monster designers, respectfully. The film will be produced by Toei Animation.