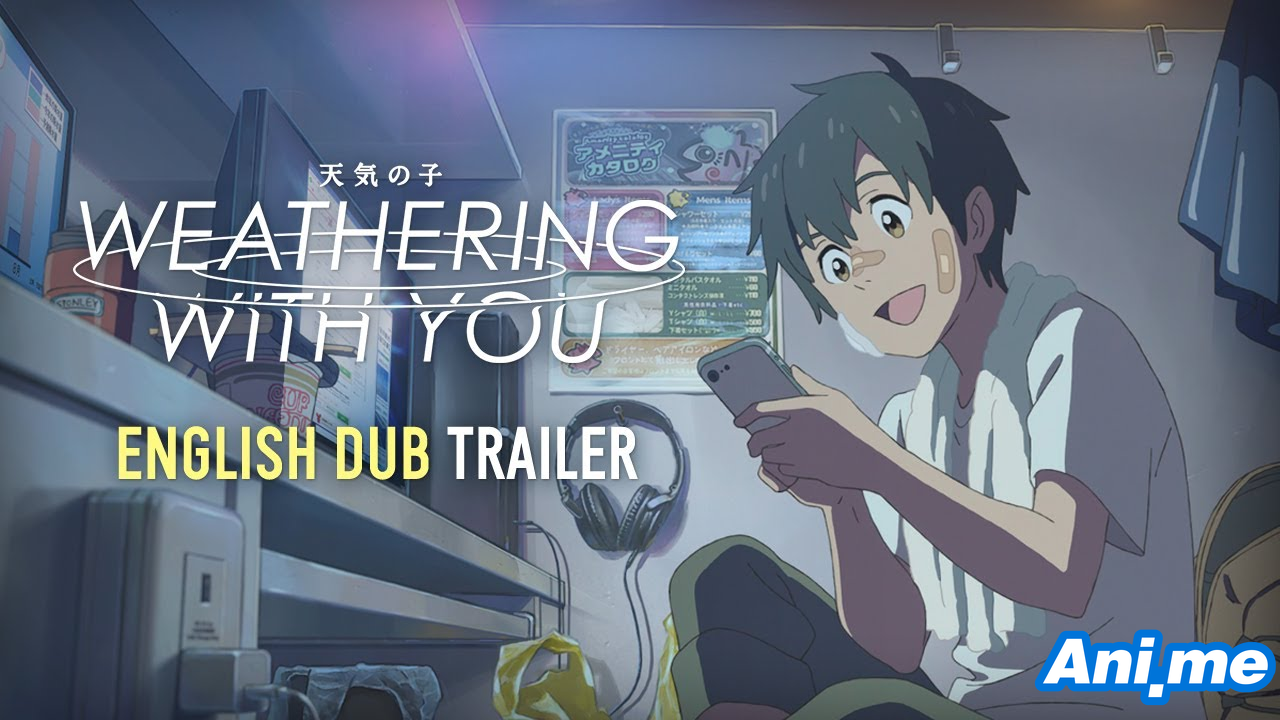 A new trailer for Makoto Shinkai’s anime film Weathering With You was released on GKIDS’ official YouTube channel on Monday. You may watch the trailer here. The film will be screen by Fathom Even on January 15 and 16. The said screening days will be a “Special Fan Preview” which will have exclusive bonus content before GKIDS officially opens the film to North America on January 17, in both Japanese (with English subtitles) and in English dub.

This specific trailer revealed the official English Dub for the movie. Below contains the complete main voice cast:

Weathering with You premiered in Japan on July 19, 2019 and immediately conquered box office charts in its first three days, earning US$15.22 million. It had a special North American premiere during the Toronto International Film Festival as part of its Special Presentations Category with screenings on September 8, 10, 14. Weathering With You was submitted for consideration for the Best International Feature Film category for the 92nd Academy Awards. It was announced that the film would have its official North America opening on January 17. The film was also screened in Anime NYC last November.