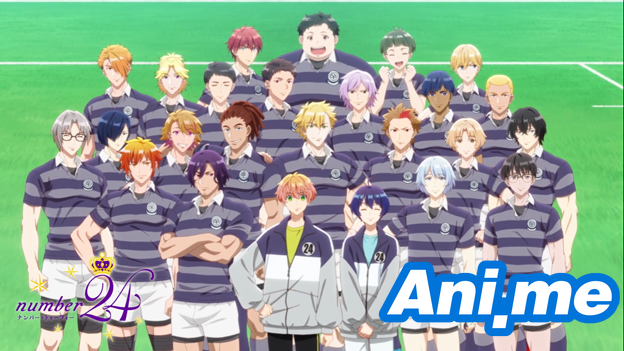 It’s the new year but we will never get tired of sports anime—especially sports that have yet to receive an anime show. This time Japan gives us an anime series on the contact sport (that’s hard to watch sometimes because the players appear to get hurt real bad) rugby!

Entitled number24, the rugby series is an original anime—meaning, not adapted from any manga or light novel. A promotional video that was released gives us a glimpse into this new sports anime as well as its opening theme song. Check out the video here!

The series is set for a January 8 premiere. The series’ website has previously revealed that the show will run for 12 episodes, to be distributed across six home video releases.

The anime’s cast are:

number24’s story is described by Anime News Network as thus:

“The anime’s college rugby story centers on Natsusa Yuzuki, who expects to be an ace on the rugby team when he enrolls in college. However, he is no longer able to play rugby due to certain circumstances. Ibuki Ueoka is an older fellow student who quit rugby. Yasunari Tsuru is a younger student who finds Natsusa disagreeable. Yū Mashiro is a younger student who admires and follows Natsusa. Seiichirō Shingyō is Natsusa’s close childhood friend. Together, they compete in the Kansai university rugby league.”

Shigeru Kimiya (Gift – eternal rainbow) is directing the series for PRA. Kei Mori (Verrocchio Agency) is credited for the original work, while story concept is credited to MOVIC. Scripts will be done by Rika Nakase (Rocket Girls), with YukiKana drawing the original character designs and Saori Sakaguchi (Yuri!!! On ICE) is chief animation director.