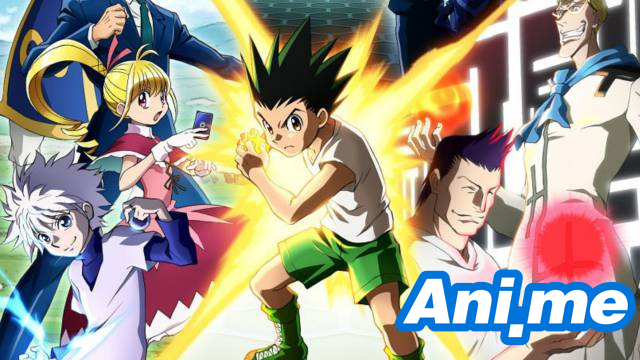 So in case you are not aware, the Hunter X Hunter mobile game titled Hunter x Hunter Greed Adventure has announced last month that they will be ending their service on January 14. The game officially launched in Japan on December 5, 2018, and is free-to-play with optional in-app purchases.

Over the past years, it has been a trend of some mobile games closing and officially ending its service. It makes you question why these things happen. So today, we will be giving you some of the possible reasons why some Japanese mobile games end their service and what we can possibly do to keep them up and running for a long time. Please note that this article is based on many people’s experience of playing a lot of smartphone mobile games.

One big factor as to why some mobile games decide to close down is the low population of players that go online to play them. It is quite useless that there will be some big game events that happen every now and then, but there are not many players to engage them in. For those collaboration events (which mostly common in anime franchises), it might be a waste of time to advertise their franchise to the game because not a lot of people are online to see or get into them. With that said, there is no other way but just to pull the plug.

Not Generous Enough on Gacha Rolls

RPG Gacha games have been a thing for the past years, and people go as far as spending real cash just to get the character that they wanted in the game. Gacha rolls require a lot of luck, but when a player notices that the game isn’t too generous to pull some awesome characters, they immediately just stop playing the game. It is frustrating, really: you save up the needed number of items for you to roll some characters, and in the end, you didn’t get any bigger rate character that you can use to complete game quests or battle in PVP.

Lack of Events or New Characters

One of the ways not to make a game stagnant is to offer updates like new characters, new events, and even offer freebies to loyal players. Remember that it is easy for players to delete their accounts and their game apps whenever they feel that the game has nothing to offer anymore. If you want to keep your players, you have to make sure that at least they have something to look forward to every now and then.

One of the most effective ways to really get your game across is to advertise your game. Knowing that this is a mobile game that is more suited for anime fans, you can promote your game during anime conventions. You can offer convention attendees some freebies when they sign up on the day or give them a preview of what they can expect from it. Remember that more you advertise and promote your game out there to the world, the more that people will get into it and try it out.

Lack of People to Moderate

This has nothing to do with the players but this is about the people who are managing the game behind the scenes. An influx of players without enough people to check on bug reports or moderate the game activity can really be bad for a mobile game. Customer Service is always first. When you don’t have enough people to cater to these kinds of issues in the game, then people will just have to leave and uninstall. Simple as that.

Knowing that this is a mobile game, it’s inevitable that some people will attempt to hack in order to get the items they want, the characters to roll, or even complete quests ahead from everyone else. Hunting down hackers takes a lot of time and dedication to the development team. Similar to the previous reason mentioned, if there are not enough people to help track down these people, then it’s possible that the devs will have to through in the white towel and close.

Some popular franchises like the Fate franchise are ideal to have a gacha RPG like Fate/Grand Order because of the variety of characters that they have. If a certain series has a mobile game but only a few main characters to obtain, then it might be pretty hard to implement updates as days and weeks go by. This is why companies need to do a lot of research and planning if they really want to pursue this because it would really be a waste when a game doesn’t even last a year or two.

So these are just some of the possible reasons why some of our favorite Japanese mobile games go offline. Let’s just enjoy its last few weeks and months and hope something better comes in to fill the void.