The official website of the upcoming movie Digimon Adventure: The Last Evolution Kizuna” has revealed two new cast members. Mayu Matsuoka (Shinobu Wakamiya in the Chihayafuru: Kami no Ku and Chihayafuru: Shimo no Ku live-action movies) will be voicing Menoa Bellucci, a scientist based in a New York university who studies Digimon. Her assistant Kyotaru Imura will be played by Daisuke Ono (Erwin Smith in Attack on Titan).

It was previously revealed that the movie will follow the original DigiDestined at age 22, their ages in line with the franchise’s 20th anniversary (Digimon was created in 1997, with the anime series launched two years later). Later on it was also revealed that the 02 Digidestined will be making an appearance in the movie as well.

Below are the cast members of the film:

A teaser poster was previously released for the film, which indicates its February 21, 2020 premiere in Japan. The premiere date is just a month before the 20th anniversary of the original series’ finale episode. 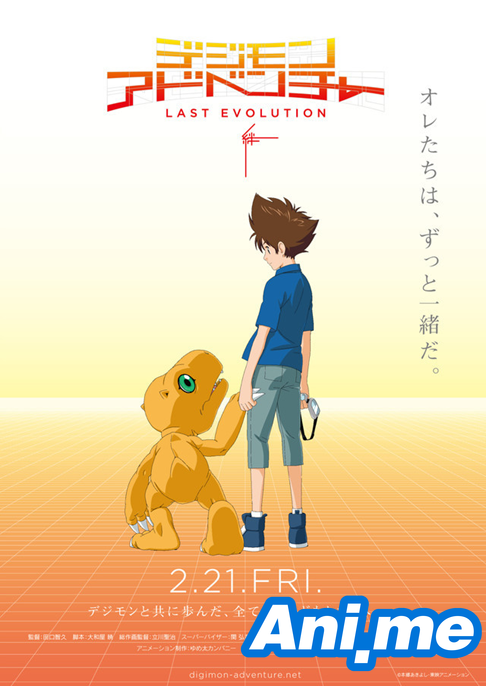 The film will be directed by Tomohisa Taguchi (Kino’s Journey – the Beautiful World -), with the script to be penned by Akatsuki Yamatoya (Gintama). Yamatoya wrote the scripts for Digimon Adventure and for later seasons as well. Series creator Hiromi Seki returns as supervisor of the film. Katsuyoshi Nakatsuru and Kenji Watanabe are also returning as the film’s original character and monster designers, respectfully. The film will be produced by Toei Animation.