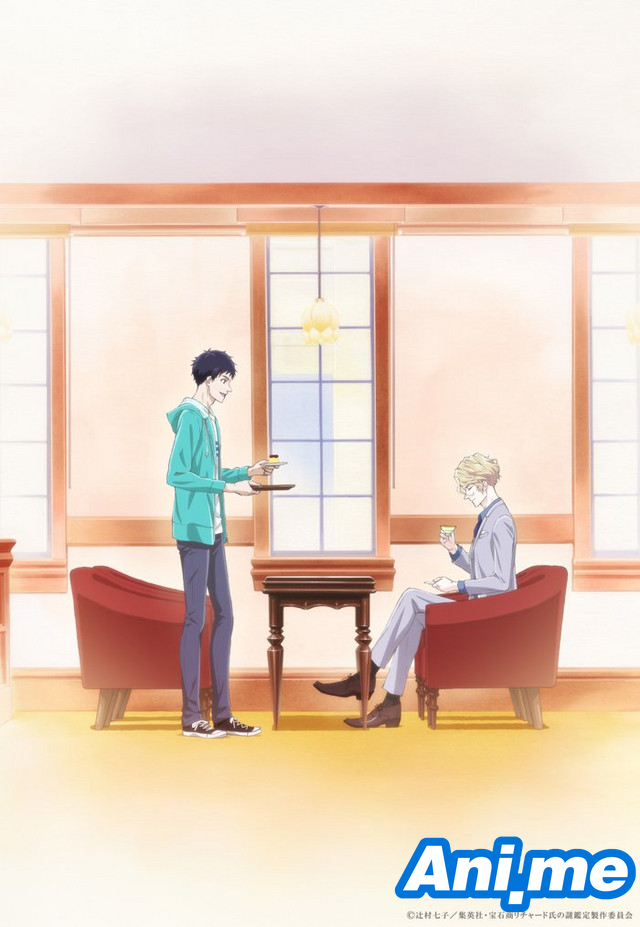 A new promotional video was unveiled Wednesday for upcoming TV anime The Case Files of Jeweler Richard (Housekisho Richard-shi no Nazo Kantei). The new PV gives us more scenes of the first meeting between the cheerful Seigi and the mysterious British jeweler Richard. Check it out here!

The PV also previews the series’ OP song, “Houseki no Umareru Toki” (When Jewels Are Born), which is performed by solo singer Nagi Yanagi. The series’ official website also announced that the ED song is entitled “Only for you”, sung by dance & vocal group Da-iCE.

The upcoming anime series is set for a January 9, 2020 premiere.

Crunchyroll News describes the series’ story as such:

“[The story of The Case Files of Jeweler Richard] follows Seigi Nakata, an earnest college student, who rescues Richard Ranashinha Dvorpian, a strikingly beautiful British jeweler, one evening when Richard is being harassed by a group of belligerent drunks. Later Seigi asks Richard to identify a ring that he inherited from his deceased grandmother, and in the process Richard reveals not just the ring’s background but also the past, secrets, and feelings of Seigi’s grandmother. Seigi decides to take a part-time job at Richard’s shop, the “Jewelry Etranger” in Ginza, and together the two men solve jewelry-related mysteries.”

The anime will be directed by Tarou Iwasaki (One Week Friends, Ryoko’s Case File) for studio Shuka (Durarara!!). Scripts will be written and the story will be supervised by Mariko Kunisawa (Ascendance of a Bookworm). Natsuko Kondou (Karakai Jouzu no Takagi-san) is chief animation director. The studio also hired a real-life jewel appraiser, Naozaku Kudo, to supervise the depiction of jewels in the anime. Kudo is the representative director of Japan Jewel Patent Judgment Association.