New details have been revealed for the upcoming TV anime of idol project 22/7. The franchise’s official website has revealed that the anime is set for a January 11, 2020 premiere. The website also revealed the first episode’s synopsis, which Anime News Network translates as such:

“In the first episode (previewed in the images above), Miu Takigawa receives a mysterious letter from the GIP talent agency. Miu and 7 other girls have been drawn together by fate itself. “You will make your major label debut as an idol group” … Led by a man named Gōda, Miu finds herself before a secret underground facility and a mysterious wall. Miu and the others step onto a fateful stage where light and darkness swirl around them.” 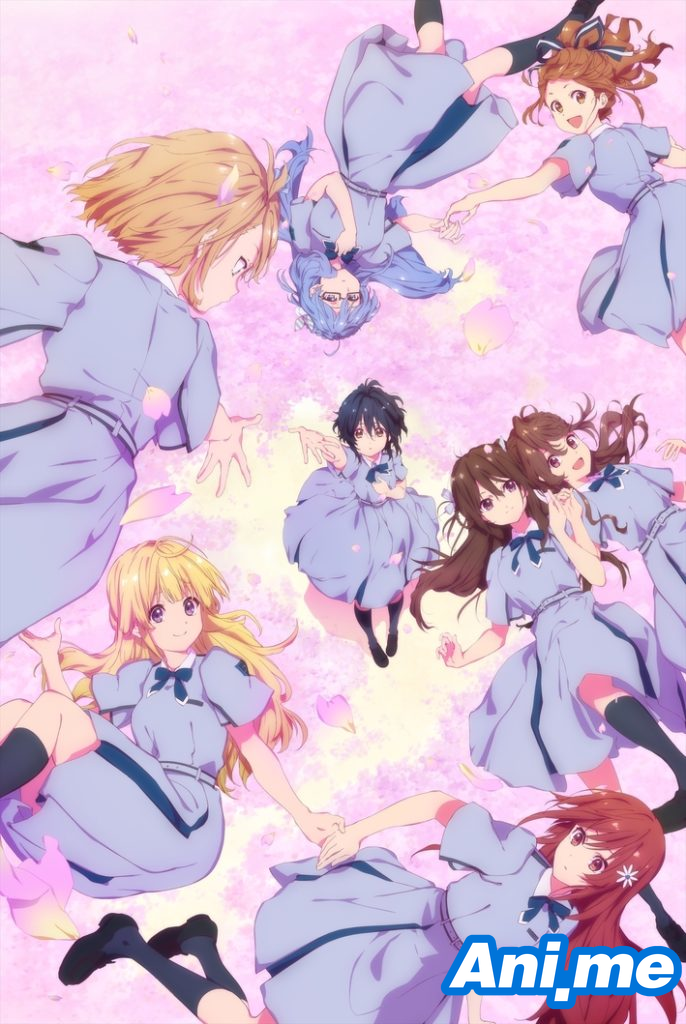 Pre-broadcast activities were also announced for the anime series, which includes an advance screening of the first two episodes in Tokyo’s Shinjuku Wald on January 4. All eight main cast members will be present at the said event.

The 22/7 anime series is directed by Takao Abo (The Rising of the Shield Hero), with Chiaki Nagai (IDOLM@STER Cinderella Girls) and Reiji Miyajima (Rent-A-Girlfriend) writing the scripts. Animation character designs will be done by Majiro (Macross Delta) who will also be serving as chief animation director. Majiro shares the said role with Akira Takata (Love is Like After the Rain) and Satomi Tamura (Rascal Does Not Dream of Bunny Girl Senpai). The series will be animated by A-1 Pictures.

The 22/7 franchise and its idol group is produced by AKB48 founder and producer Yasushi Akimoto. The franchise is commonly described as a “dimension-crossing” idol group, whose voice actresses also perform in real life (commonly called 2.5D idols).

The idol group 22/7 debuted on June 16, 2017. They also perform the anime’s OP theme song “Muzui” (Difficult) as well as the ED song “Sora no Emerald” (Emerald of the Sky). Both songs will debut at the group’s “Birthday Event 2019” on December 24 and will be launched as the group’s fifth single on February 26.