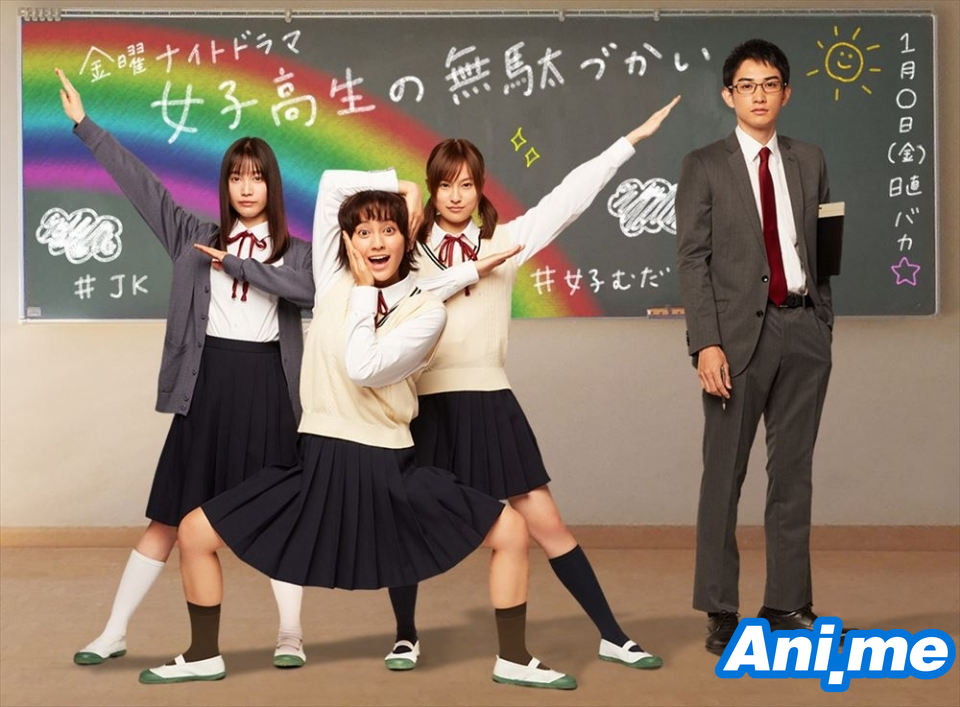 TV Asahi has just announced this Thursday that comedy high-school manga Wasteful Days of High School Girls (Joshi Kosei no Mudazukai) will be getting a live-action series next year! According to the announcement, the live-action TV series is set to premiere on January 2020 and will be airing every Friday at 23:15.

A key visual was also released for the live-action adaptation, which teases the shenanigans of the baka trio:

Wasteful Days of High School Girls (Joshi Kosei no Mudazukai) is a manga series by Bino. It is currently being serialized online via Niconico Seiga, Comic Newtype, and pixiv since 2014. The series has four tankobon volumes released so far by Kadokawa Shoten. Just this 2019, the manga series inspired a TV anime series that aired from July to September. The anime series was produced by studio Passione.

Sentai Filmworks holds the license to the series’ English release and streamed the series on HIDIVE as it aired in Japan. Sentai describes its story as such:

“Bored one day, Tanaka gives her friends some rather quirky nicknames, but they aren’t going to take her unflattering descriptions lying down. Sakuchi (saddled with “Wota” due to her otaku tendencies) and Saginomiya (dubbed “Robo” thanks to her deadpan personality) decide to call Tanaka “Baka” — and that should give you a pretty good idea of the shenanigans these whacky girls get up to. They’re young, they’re ridiculous and they’re ready to waste away their days as high school girls!”