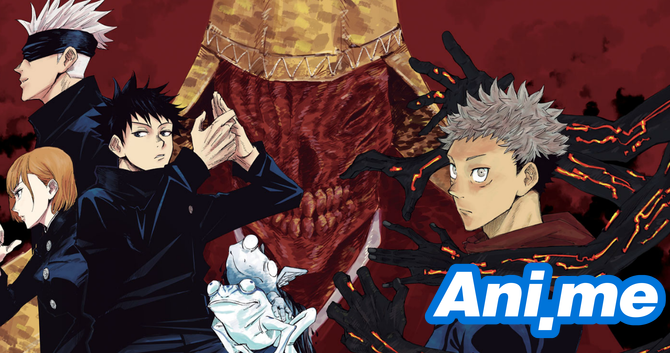 The 52nd issue of Shueisha’s Weeky Shonen Jump has just announced this Monday that dark fantasy manga Jujutsu Kaisen (literally Sorcery Fight) is set to get a television anime adaptation.

This early on, a main cast has already been announced! Junya Enoki (Takeru Takaishi in Digimon Adventure tri) will voice main character Yuji Itadori. Yuma Uchida (Kyo Soma in Fruits Basket 2019) will be playing Megumi Fushiguro and Asami Seto (Mai Sakurajima in Rascal Does Not Dream of Bunny Girl Senpai) will be voicing Nobara Kugisaki. The three main cast members are set to appear at a stage presentation for the upcoming anime series at the Jump Festa ’20 event on December 22.

Jujutsu Kaisen is a manga series written and illustrated by Gege Akutami. It was first published in Shueisha’s Weekly Shonen Jump in March 5, 2018 and has been serialized in the magazine since then. Shueisha is also collecting and publishing the manga’s tankobon volumes, with seven already released as of October 2019. The eight and ninth volumes will be released on January 4.

Viz Media published the manga’s first three chapters in English the same time as Japan, as part of its Jump Start initiative. Eventually Viz switched to the new Shonen Jump model and has since been publishing new Jujutsu Kaisen chapters digitally. Manga volumes in English will be printed by Viz Media this coming winter. The manga is also being published in the MANGA Plus website, where it is described as thus: