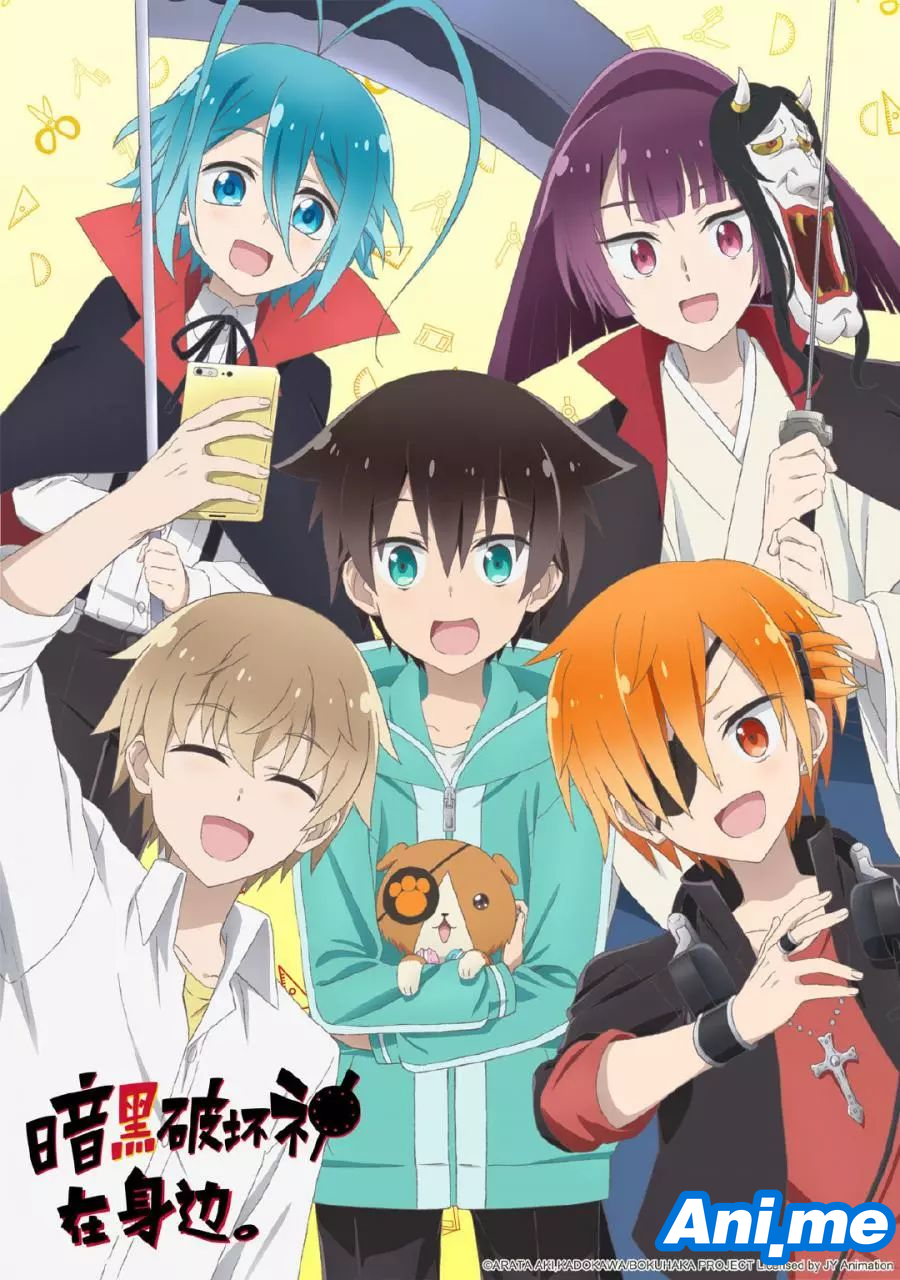 The official website of upcoming anime series A Destructive God Sits Next to Me (Boku no Tonari ni Ankoku Hakaishin ga Imasu) has just released a second promotional video for the comedy series. Besides a sneak peek into all the shenanigans, the PV also previews the quirky theme songs: the OP entitled “Take mo’ Chance” by the group all at once, and ED song “Freedom de Muda ni Muteki” by idol unit AOP. Check out the funny PV here!

The confirmed cast are:

The series is directed by Atsushi Nigorikawa (Between the Sky and the Sea, Anime de Training! Ex) with series composition handled by Natsuko Takahashi (My Love Story!!, The Master of Ragnarok & Blesser of Einherjar). Character design is done by Yuki Nakano (Nisekoi-False Love) and music is composed by Kanako Hara. A Destructive God Sits Next to Me is produced by EMT Squared and is co-produced by Crunchyroll.

“[The story] follows Seri Koyuki, a high school student who tries to avoid strange people because he knows he will just end up being the the straight man to their antics. Enter Kabuto Hanadori, Koyuki’s classmate who has chūnibyō (second-year middle school syndrome) and claims his eyepatch seals his god of destruction alter ego. Everything about Hanadori exudes the need for a straight man to keep him in check, and sure enough Koyuki is drawn in.”

A Destructive God Sits Next to Me is a manga series written by Arata Aki. It is currently being serialized in Kadokawa’s Monthly Comic Gene, where it debuted in 2013. The anime is slated for a January 11, 2020 release.