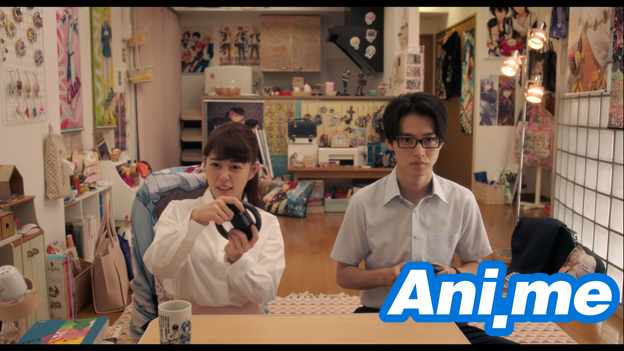 Call your otaku/weeaboo friends over and race one another to spot the otaku references in the newest trailer for the live-action film adaptation of Wotakoi (Wotaku ni Koi wa Muzukashii or Love is Hard for Otaku)! A new one and a half minute trailer was just released this Monday in the film’s official website, and boy did we enjoy seeing the otaku-ness of the film. From a Mash Kyrielight cosplayer to an Osamu Dazai dakimakura, the trailer is chock-full of references we’re sure you’re all gonna catch. Check out the trailer here!

The trailer also previews the music composed by Shiro Sagisu, who also composed music for Shin Godzilla and Evangelion. So… is it too much to hope that we get to hear Cruel Angel’s Thesis in the movie?

Mitsuki Takahata will be playing the lovable fujoshi lead Momose Narumi, with Kento Yamazaki (yes, he is EVERYWHERE) as her game otaku boyfriend Hirotaka Nifuji. Nanao will be playing Kabakura Tarou (aka the closeted shoujo fan), and Takumi Saitou will be Hanako Koyanagi (aka the handsome crossplayer—who is also a fujoshi like Momose).