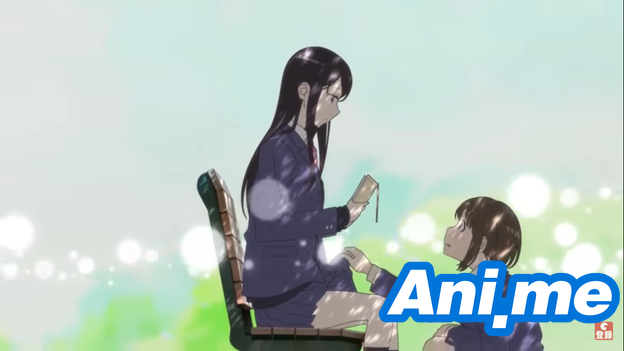 Can’t wait for the release of the OVA adaptation of yuri manga Fragtime? You’re in luck, because just this Sunday the OVA’s first five minutes was streamed by Japanese entertainment news website Cinema Today. The sneak peek gets just a little past the pivotal scene where lead character Misuzu peeks under Haruka’s skirt. Check it out here!

The theatrical OVA is set for a November 22 opening in selected theaters. Limited screenings will be held at Shinjuku’s Wald 9 and other theaters starting on the aforementioned date. The OVA was screened at the recently-concluded Anime NYC, where Sentai Filmworks also announced that they had licensed the anime.

The Fragtime OVA will be handled by the same people who worked on the Kase-san and Morning Glories OVA. Takuya Sato is set to direct and write the script for Fragtime, along with Tomoko Sudo who will handle character design. rionos, who composed the beautiful music in the Kase-san OVA, will also be working on Fragtime’s music.

Fragtime is written by Sato and was first published in 2013 in Akita Shoten’s “Champion Tap!” (now Manga Cross) manga website, and ran until 2014. It tells the story of high school student Misuzu Moritani, who mysteriously has powers to stop time for three minutes a day. She uses this power to secretly observe the people around her, but one day she chooses to stop time to peek into class idol Haruka Murakami’s panties. This doesn’t end well, as not only does she realize that her power doesn’t work on Haruka, she also finds herself in a compromised situation as Haruka discovers her secret. This then starts a mysterious relationship between the two girls.