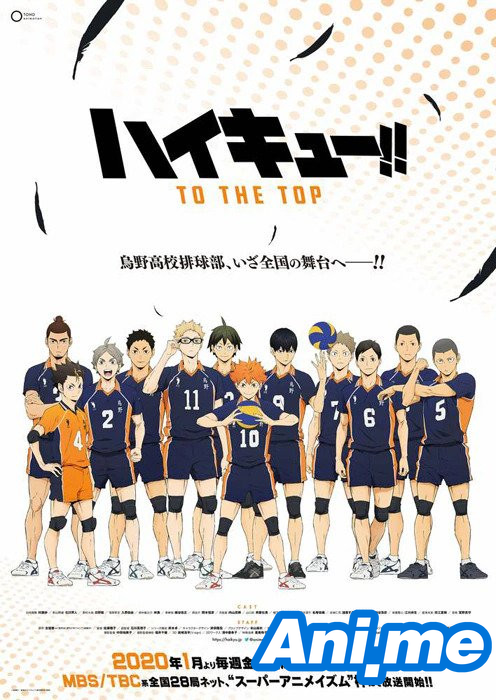 The 51st issue of this year’s Weekly Shonen Jump magazine has just announced this Sunday the artists who will perform the OP and ED songs of the upcoming fourth season of hit volleyball anime Haikyu!!

Three-member rock band Burnout Syndromes will perform the opening song “Phoenix”. Sounds familiar? That’s because the band has already performed Haikyu!! songs, in particular for seasons 3 & 4.  Vocalist and producer group CHiCO with Honeyworks, on the other hand, will perform the ending song entitled “Kessen Spirit”.

The fourth season’s full title was previously announced as Haikyu!! To the Top and is set for a January 2020 release. Two new cast members have also been announced: Mamoru Miyano (Light Yagami in Death Note) will be voicing Inarizaki High’s Atsumu Miya, while Natsuki Hanae (Kaneki Ken in Tokyo Ghoul) will play Kamomedai High’s Korai Hoshiumi.

Haikyu!! is a manga series written by Haruichi Furudate. Since its release in 2012, it has been serialized in the Weekly Shonen Jump, with tankobon releases done by Shueisha already numbering to 36 (as of this writing). Haikyu!! already has over 28 million copies in print as of January 2018. Production I.G. adapted the manga into an anime series in 2014, with the second season airing the year after and a third season airing in 2016.