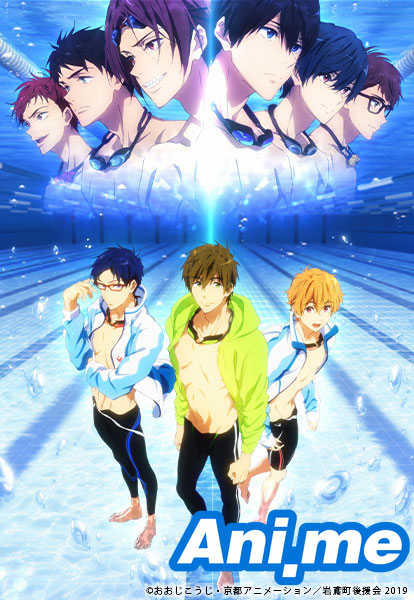 Kyoto Animation has announced this Tuesday that the release of the newest film for their swimming franchise Free! will be delayed indefinitely. The movie was originally scheduled for a summer 2020 premiere.

According to KyoAni’s website, the film has been delayed “due to various circumstances”. The studio, however, assured fans that the staff and the director of the film are hard at work to meet fans’ expectations. A new premiere date will be announced once the details are smoothed out.

The latest film in the swimming franchise, Free! Road to the World Yume premiered in Japan last July 5. It was a “reconstruction” of the Free!’s third season Dive to the Future and was also supposed to serve as the “bridge” to the new movie, which is now delayed.

Given the horrifying tragedy that struck the studio last July, it’s not hard to surmise that this could be the reason (or at least one of) why the new Free! movie has been delayed. Just last week, Kyoto Animation announced a new release date for the also-delayed Violet Evergarden movie. Given that the arson incident appears to have caused a lack in manpower, it seems that the studio is just tackling projects one by one in an effort to slowly reduce backlog. To refresh your memory, the arson incident that was perpetuated against the studio last July caused the death of 36 of their talented staff, and left 33 people injured.

Free! is a sequel to Koji Oji’s High Speed! light novel, which won an honorable mention in the 2nd Kyoto Animation Award contest in 2011. Free! premiered in 2013, and has since aired two more seasons in 2014 and 2018: Free! Iwatobi Swim Club, Free! Eternal Summer, and Free! Dive to the Future.

“Four boys named Haruka, Makoto, Nagisa and Rin all participated in a swimming tournament shortly before graduating elementary school and later parted ways. Years later, they reunite when Rin challenges Haruka to a race and wins. Not wanting to be defeated so easily, Haruka gathers Makoto and Nagisa and a new recruit named Rei to form the Iwatobi High School Swimming Club.”