Heads up to fans of anime series My Teen Romantic Comedy SNAFU! The staff of the hit slice-of-life anime, called affectionately by most fans as OreGairu (original Japanese title: Yahari Ore no Seishun Love Comedy wa Machigatteiru) has just revealed some much-awaited details on the series’ upcoming 3rd season.

First off, the 3rd season is set for a Spring 2020 premiere. There are no specific details yet, but at least we have a release window!

Second, a new key visual was released for the upcoming 3rd season. The new illustration features Yui Yuigahama taking a selfie with Yukino Yukinoshita, while main protagonist Hachiman Hikigaya looks on. Check out the visual below! 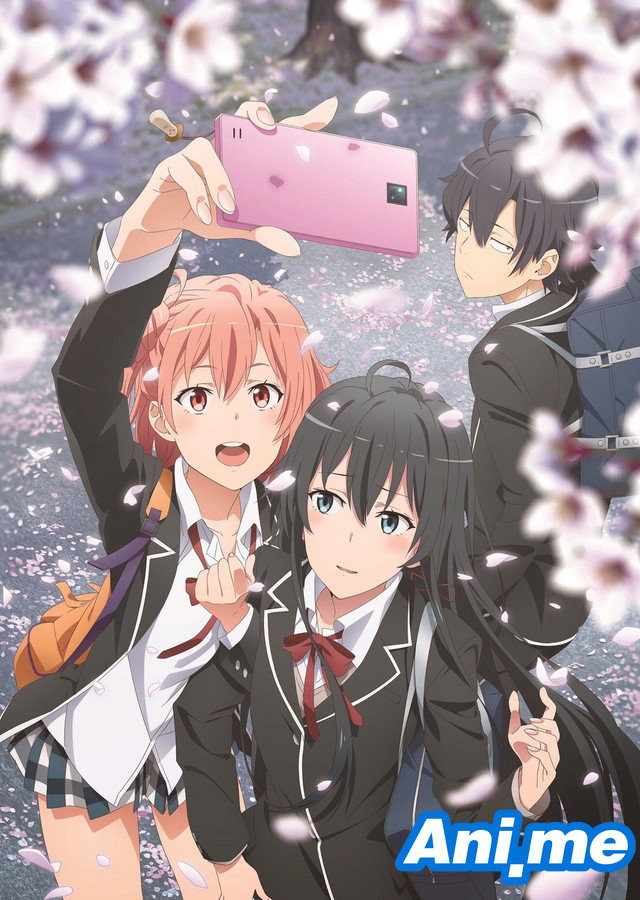 A short PV was also released for the upcoming 3rd season, which you can watch here.

Kei Okawa, who directed the second season of OreGairu, is set to return for the third season. Keiichiro Ochi replaces Shotaru Suga as in charge of series composition, and Yuichi Tanaka returns as character designer. The 3rd season will still be produced by animation studio feel.

OreGairu tells the story of apathetic student Hachiman Hikigaya who views the world and life in a pessimistic manner. When he submits an essay scathingly mocking social relationships, his teacher gives him a unique punishment: he is forced to join the Volunteer Service Club, a group that extends a helping hand to anyone in school that needs it. He reluctantly joins “ice queen” Yukino Yukinoshita—the only other member of the club—in solving other people’s social problems and helping them overcome different issues. With Hachiman’s pessimism and nihilism, how will he fulfill his duties in the club?

Officially named as My Teen Romantic Comedy SNAFU for international fans, the series started out as a Japanese light novel series written by Wataru Watari and illustrated by Ponkan8. It was first adapted into an anime series last 2013, with Brain’s Base handling the production. A second season, produced by feel, aired from April to June 2015.