‘Little Witch Academia: Chamber of Time’ Video Game is Back On Steam! 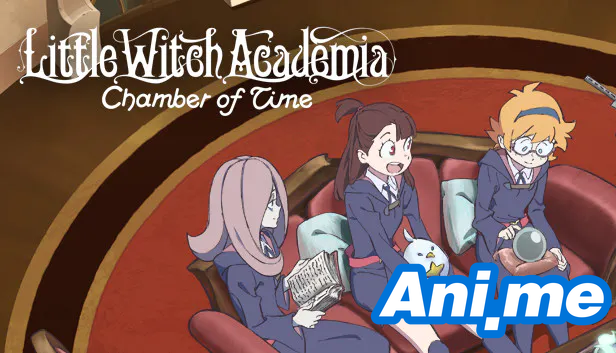 It was a surprise back on October 31 when Bandai Namco Entertainment’s video game Little Witch Academia: Chamber of Time was unlisted in the popular game platform Steam. Now the banhammer has been lifted as the game is back into the platform’s growing game library on Wednesday.

Little Witch Academia: Chamber of Time was first released for the PlayStation 4 in November 2017 in Japan. It was then released in May 2018 for North America and Europe Regions for both PC and PlayStation 4. The game is based on the popular anime franchise of the same name produced by Studio Trigger and is described as a “3D action beat ‘em up” game.

The Little Witch Academia anime premiered in Japan in January 2017 and ended in June 2017 for a total of 25 episodes. Popular video streaming platform Netflix added the first 13 episodes of the anime in its library outside of Japan in 2018. The rest of the episodes were added in August 2018.

About the Game (as described by Bandai Namco Entertainment)

Having been inspired by a famous witch named Shiny Chariot, an ordinary girl named Atsuko (Akko) Kagari enrolls at Luna Nova Magical Academy, a prestigious school for young girls training to become witches. Before starting summer vacation, Akko and her new classmates find out about an inexplicable phenomenon at Luna Nova caused by the Seven Wonders, which has been passed down for several centuries. Now it’s up to Akko as she takes on the adventure to unravel the mystery surrounding the Seven Wonders.