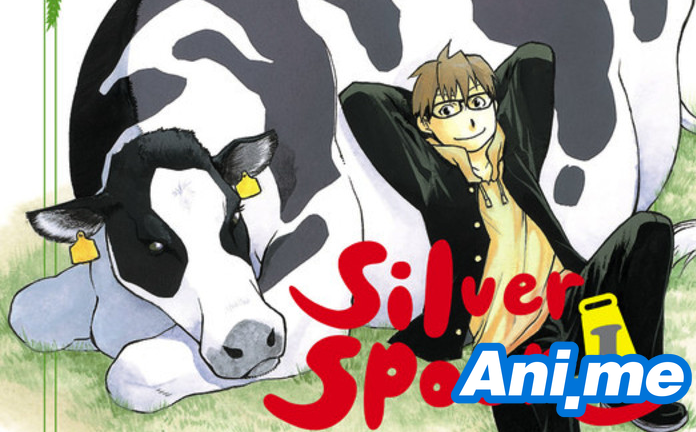 Some news for those who follow Hiromu Arakawa’s manga Silver Spoon. It was revealed in the 49th issue of this year’s Weekly Shonen Sunday magazine that there are only four chapters left for the well-loved series.  The official website of the magazine posted last Wednesday that the series will be reaching its climax during the release of the 49th issue.

This is another popular manga series by Arukawa aside from her smash hit series Fullmetal Alchemist. Silver Spoon went with a few manga hiatuses started in July 2017 (ended in May 2018), then in June 2018. It also won a few awards like the Manga Taiso (Cartoon Grand Pize) in 2012, Booklog awards, and the Shogakukan Manga Awards in the boy’s category in 2013.

The popularity of the manga series also paved the way for an anime adaptation, which was first aired in July 2013. This was then followed with a second season on January 2014, and a live-action film adaptation in March 2014. The manga is officially translated and released in English by Yen Press, while Aniplex of America released the anime on home video. Both seasons of the anime adaptation is available for streaming on Crunchyroll. The recent 14th volume of the manga was released in Japan in 2017. No new manga volumes have announced since then.

The story of Silver Spoon is centered on Yugo Hachiken as he goes through his life, attending an agricultural high school in the countryside and learning a lot from his environment and the people around him. Arukawa created her hit manga Fullmetal Alchemist before beginning to create this series.

With only four chapters left, let’s hope that the manga ends on a beautiful note, and it would be another one awesome manga series to recommend and read again.