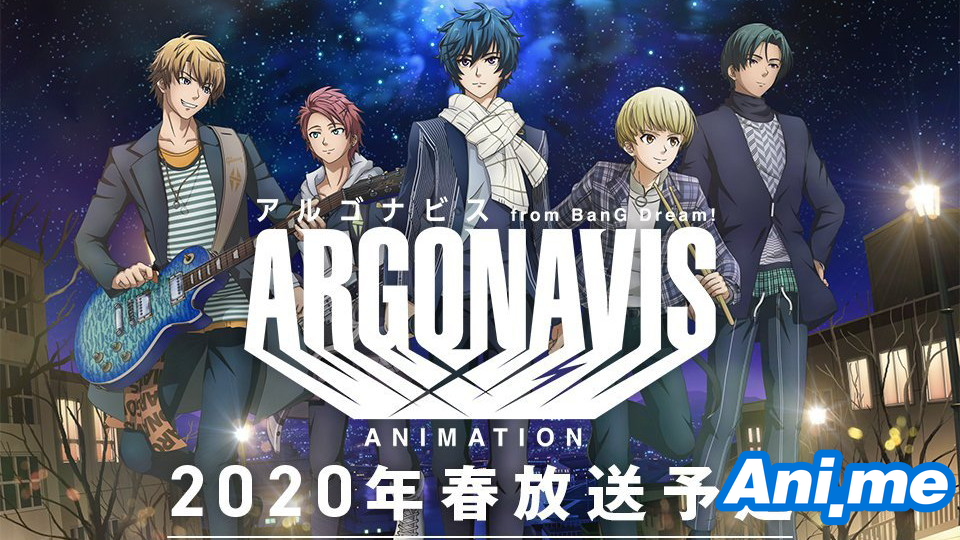 Good news to fans of male 2.5D band Argonavis! Bushiroad announced this Tuesday that the first male band from the BanG Dream! franchise is set to receive an anime and game project. Both projects will be released in 2020, with spring 2020 for the anime project and latter part of 2020 for the game. The announcement, however, did not specify what format Argonavis’ anime project will take.

More details were revealed for the game, however, during the announcement: the game will be entitled Argonavis from BanG Dream! AASide. Besides the titular band, two more boy bands will be joining in: the first, named GYROAXIA, will be led by a character named Nayuta Asahi. He will be voiced by Jin Ogasawara. The second band will be named Fantome Iris and will be led by vocalist Felix Louis-Claude, who will be voiced by Arthur Lounsbury.

You can check out the introduction video for GYROAXIA here and for Fantome Iris here.

For the anime project side of things, it was announced that Hiroshi Nishikiori (Azumanga Daioh, A Certain Magical Index) will take on the role of director. Hikaru Miyoshi (Kanshikan Tsunemori Akane) will be the character designer for both the game and anime. Writing the scripts for both the game and the anime will be Nobuhiro Mori.

BanG Dream! is a multimedia franchise formed by Bushiroad in January 2015. The franchise is composed of releases in the form of manga, music CDs, live concerts, card games, a smartphone game named BanG Dream! Girls’ Band Party! developed by Craft Egg, and a TV anime series. The anime series has ran for two seasons so far; the first aired from January to April 2017, while the second ran from January to March 2019. A third season has also been announced for the series, which is set to air on January 2020.

Despite being from the same franchise, Bushiroad president Takaaki Kidani has stated that the male side of BanG Dream! has a different setting from the franchise’s female bands (Poppin’ Party, Roselia, Afterglow, Hello Happy World!, Pastel* Palettes, Glitter*Green, RAISE A SUILEN) and is an altogether separate project.