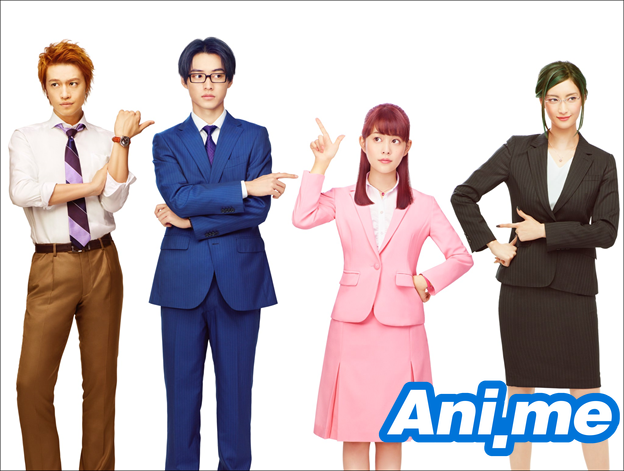 A new teaser clip was released this Tuesday for the upcoming live-action film adaptation of Wotakoi (Wotaku ni Koi wa Muzukashii or Love is Hard for Otaku). The 18-second clip reveals three new cast members for the film. Watch the short teaser here!

The new cast members are Kento Kaku (the guy in the pink happi coat and doing wotagei), Tsuyoshi Muro (the bartender), and Jiro Sato (guy in the gray coat and white glasses gesticulating in front of the white board). All of these actors have previously worked with Wotakoi director Yuichi Fukuda, who also directed the live-action Gintama film.

Mitsuki Takahata will be playing the lovable fujoshi lead Momose Narumi, with Kento Yamazaki (yes, he is EVERYWHERE) as her game otaku boyfriend Hirotaka Nifuji. Nanao will be playing Kabakura Tarou (aka the closeted shoujo fan), and Takumi Saitou will be Hanako Koyanagi (aka the handsome crossplayer—who is also a fujoshi like Momose).