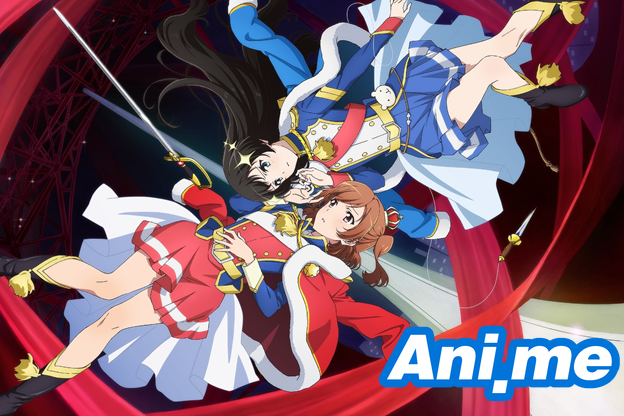 Good news to all Revue Starlight fans (like yours truly)!!! Two new films for the Bushiroad franchise were just announced during the recently-concluded 3rd live concert for the series! A teaser video was premiered during the 3rd StarLive Starry Diamond concert, which detailed that two films will be released for the mixed-media franchise. The first is a compilation film—meaning a recap of the entire series condensed into one movie—which is set for an early summer 2020 release. The second is a brand-new theatrical anime film that is currently in production. No release date window has been announced for the second film.

Get to watch the happy announcement here!~

Shoujo Kageki Revue Starlight is a multimedia franchise created by Bushiroad and Nelke Planning. The franchise is composed of a musical where the voice actresses of the anime perform, a smartphone game by ATeam launched in October 2018, and a 12-episode anime series produced by Kinema Citrus and directed by Tomohiro Furukawa. The series has also released three manga adaptations so far, all created by Sora Goto and written by Kanata Nakamura.

Unlike Bushiroad’s other multimedia franchises, Revue Starlight focuses on musical theater actresses instead of idols. The story centers on Aijo Karen, who enters Seisho Music Academy so that she could fulfill a promise to her childhood friend, who has left for London to study. When Kagura Hikari returns to Japan, Karen is surprised to find that her friend has become aloof. One day she stumbles upon an underground audition—presided over by a giraffe—for the “top star”, who is given the power to create any stage she desires. Wanting to fulfill her promise to Hikari that they will stand together on stage as the leads for the play Starlight, Karen joins the audition and fights the eight other aspiring top stars of their batch in a mysterious musical revue.