With modern console’s user interface operating systems very user-friendly today, or especially with the latest Windows 10 edition, try to spare a thought during the 1980s and early 90s for anyone interested in PC gaming… these were considered as the dark ages of technology.

Back then, there were no icons or dashboards for users. They used to type commands to the console… and most of the time that is how we used to operate the MS-DOS operating system.

MS-DOS means “Microsoft Disk Operating System,” and most users worked with this operating system their PC for more than a decade. Lacking a graphical user interface (such as mouse control and Windows representative icons and bars), MS-DOS allowed people to learn and punch command lines into a solid, almost blank screen. 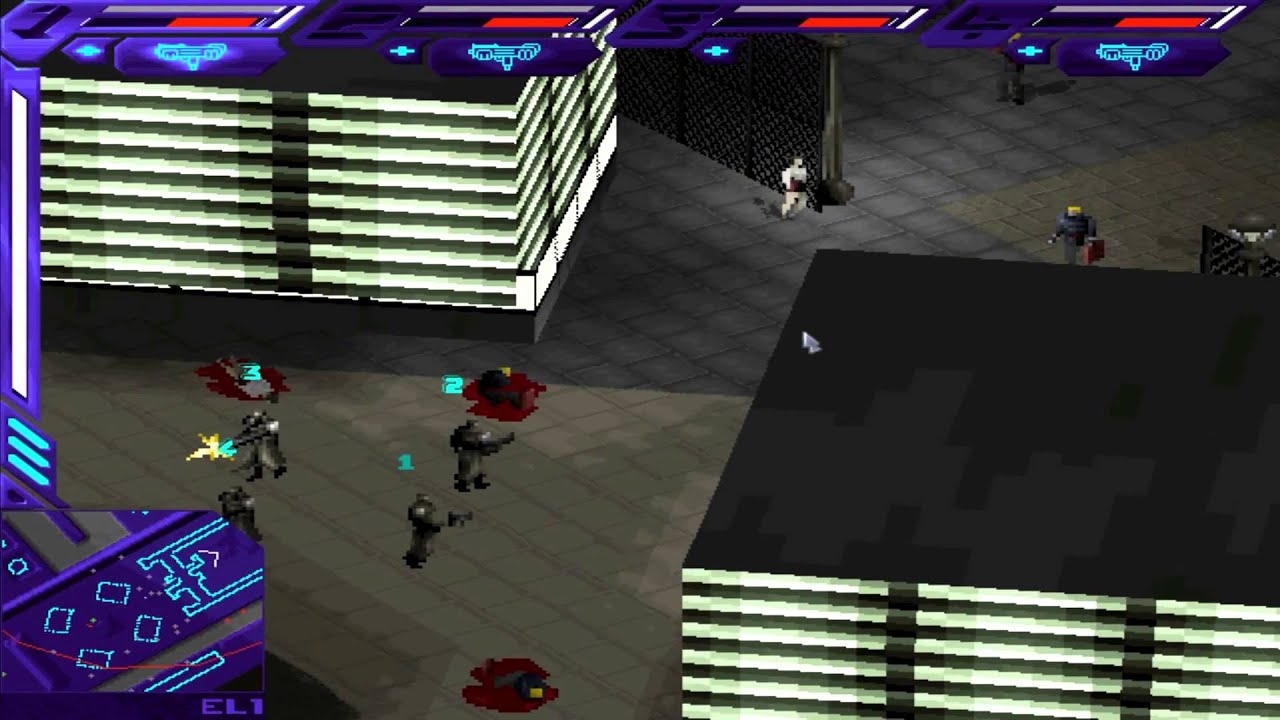 And what better way to remind us of the good old days with DOS with it’s the eclectic amount of games that it had for its time! Wanna play DOS Games? Well for modern operating systems, we would need DOSBox for that and some people don’t like using DOSBox… and why is that?

Well… for some they just don’t like having to go to DOSBox or have that feel that it’s being emulated… they want it to be played natively… an alternative would be going to Good Old Games and buy a copy thereof which still also uses DOSBox but at least this time it automatically installs the game for you and have a shortcut that gets you into the game immediately without having to type commands… but it still DOSBox! It’s still emulated! Is there any other way to play the games without DOSBox?

Luckily, for some games, there are source codes already being thrown out there for the games and have developers and coders work on it to make better versions out of it AND! Make it run natively with modern operating systems… one of the most popular games to have this blessing was the original DOOM from 1993 which eventually came to spawn Brutal Doom which we will make another topic out of it.

So with that, let’s go with our first game in our list of DOS Games playable in modern operating systems: Syndicate Wars!

What is Syndicate Wars you say? Ever heard of Syndicate? That popular game from way back 1993 that kinda played like a precursor for GTA? Well, some of you were probably not born those days but to define, It’s an isometric tactical shooter with a cyberpunk setting (think of Blade Runner, Akira, Ghost In The Shell).

Cyberpunk was a thing back in the 90’s which is also because of the sci-fi and action settings and that feeling of a dark future and an oppressed society which makes good for an action game. Even till today with titles like Deus Ex and the upcoming Cyberpunk 2077.

Syndicate was treated as one of the bad boys in the gaming industry back in 1993 with the ranks of Mortal Kombat, DOOM, Night Trap (which was also controversial at the time). It was published by Electronic Arts and developed by BullFrog Productions and Produced by the ever-popular Peter Molyneux which also created Theme Park, Magic Carpet, Dungeon Keeper and the Fable series.

If you want to find out the early beginnings of video game violence, then this is one of the games for you! In Syndicate Wars you start with four shady guys looking like a combination of men in black and terminators sitting in the corner with the trenchcoats, mirrorshades, and miniguns. These guys act as your soldiers at your disposal Syndicate for several reasons did not get the bad press.

Syndicate was mainly playable on the PC and Amiga but also had ports from the competing consoles back in the day like the Sega Genesis and the Super Nintendo… even the Atari Jaguar (which kinda sucks) and uhmm… “FM-Towns”?? If you ever heard of that?I mean, there were these really weird and rare consoles back in the day that you may have never heard of that were competing with SEGA and Nintendo.

Some popular games BullFrog made to name a few was Populous which made them gain popularity as well and then followed by its sequel Populous II which is also equally popular. And then after Populous II, we would then have our very first Syndicate game and of course, its sequel: Syndicate Wars!

Syndicate Wars is set in a world in the future run by competing mega-corporations that strive for making the corporation grow with any means necessary… meaning they would do various acts of evil for their interests and extend the corporations reach to that vicinity.

In the story of Syndicate Wars, EuroCorp from the first game won the MegaCorporations war but this time a religious technologically superior cult rivals Eurocorp to undermine its authority through a powerful computer virus called the Harbinger virus. In the game, you can assume either the role of either a EuroCorp Executive or a New Epoch High Disciple Church in Syndicate Wars.

Into the game immediately you are playing chase across the roads in seconds. Weapons pulled out of the jacket with loud gunshots and any civilian seeing them scattered, running for their lives. Cops start shooting and are lowered with a fire burst, everything was an intense action!

The game has a nice 3-D engine that was also used by their game Magic Carpet with great texture mapping. The environment itself is rendered colorfully with great detail; pedestrians wander around, shiny hover cars reminiscent from Blade Runner flying around into each corner, toxic rain splatters, and high-tech holographic advertising streams of flickering video screens!

Missions in Syndicate Wars range from Kill All Enemies type to more Assassination type missions where your only goal is to kill a specific target and killing the rest of the enemies in the map is optional and there is also the Persuasion Type missions where you use your Persuadertron or a mind-controlling device that make people your slaves once they are targeted.

The sequel itself has more chaos to it. The Game Map helps a lot by making semi-transparent any visually obstructive foreground architecture. You no longer need to worry about your ammunition too as it is energy-based and will recharge eventually (kind of like that regenerating health feature we constantly see in most modern games cough HALO cough).

What’s neat feature about the game is that it has secret locations where you get to uncover advanced weapons even in the early levels of the game if you know where to look and stacks of cash placed in suitcases that really need to make you look every nook and cranny of the game so that you can use it for your advantage later in the game.

So that’s about enough for the game review for the game so how do you play this beast of a game natively into your new windows system? You are in luck! There is a port made py Unavowed and Gynvael Coldwind:

To note though, they only provide as part of the port a modernized executable that runs on most modern systems and don’t provide the game data. For this, you will need the original data from the Syndicate Wars CD to download the Syndicate Wars Port.

Instructions to install the game using the windows binary

Don’t want to hassle with all of that? Well, you can always download the Good Old Game version for the game anyway.

So that’s about it! Stay tuned for more retro related game news!