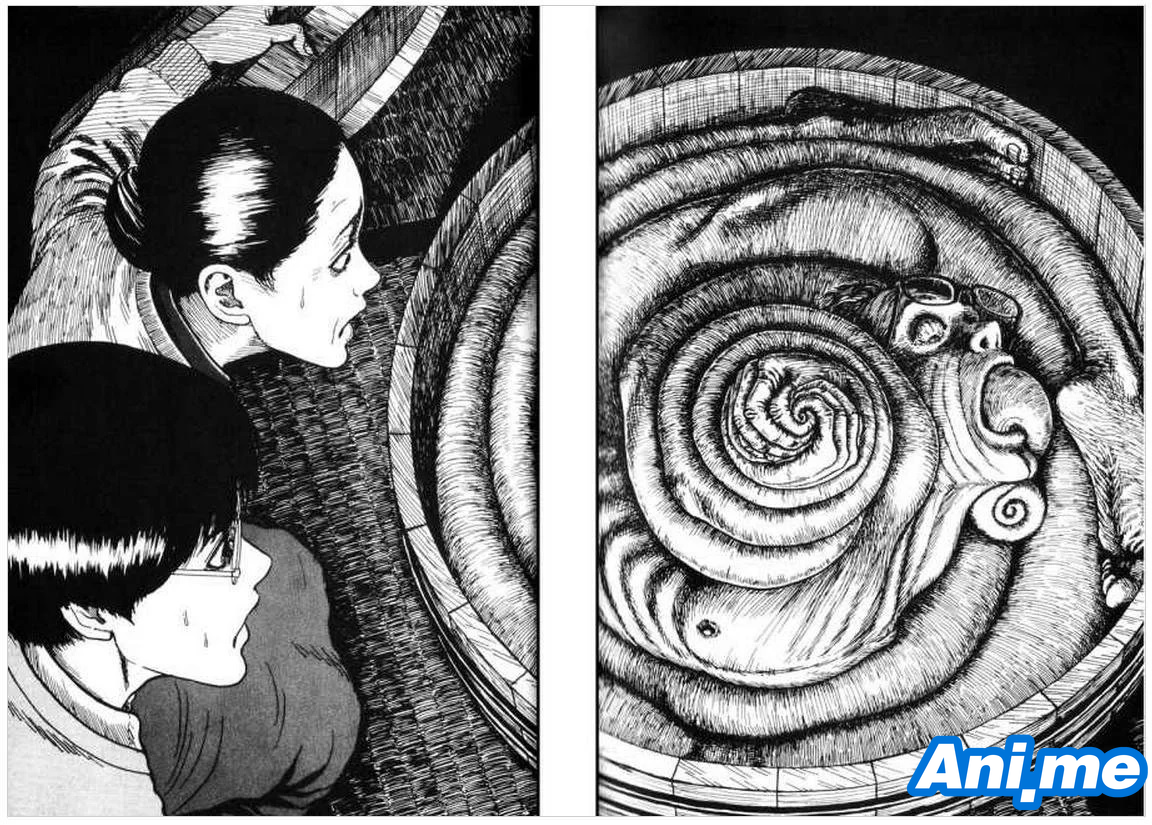 The anime will be produced by Production IG in cooperation with Cartoon Network’s Adult Swim. In a major first for Western fans, the anime adaptation of Uzumaki will premiere to Western fans first via Adult Swim’s Toonami block, with the release window set sometime in 2020. The series will be broadcast to Japanese viewers later in the year.

The adaptation was announced to be a four-episode miniseries, under the direction of Mushishi director Hiroshi Nagahama. The series’ music will be handled by well-known Hollywood film composer Colin Stetson, who is best known for his music composition on acclaimed horror film Hereditary.

“Kurozu-cho, a small fog-bound town on the coast of Japan, is cursed. According to Shuichi Saito, the withdrawn boyfriend of teenager Kirie Goshima, their town is haunted not by a person or being but by a pattern: uzumaki, the spiral, the hypnotic secret shape of the world.

It manifests itself in everything from seashells and whirlpools in water to the spiral marks on people’s bodies, the insane obsessions of Shuichi’s father and the voice from the cochlea in our inner ear. As the madness spreads, the inhabitants of Kurozu-cho are pulled ever deeper into a whirlpool from which there is no return!”

Junji Ito’s career started in 1987, when the work that he submitted to a contest in the Gekkan Halloween magazine won an honorable mention from a panel that included his idol, horror author Kazuo Umezu. This work was eventually serialized as Tomie, the story of a beautiful woman who drives men crazy and who appears invincible. In 1998, he published Uzumaki which also became a success; it was adapted into a live-action film in 2000 directed by Akihiro Higuchi.