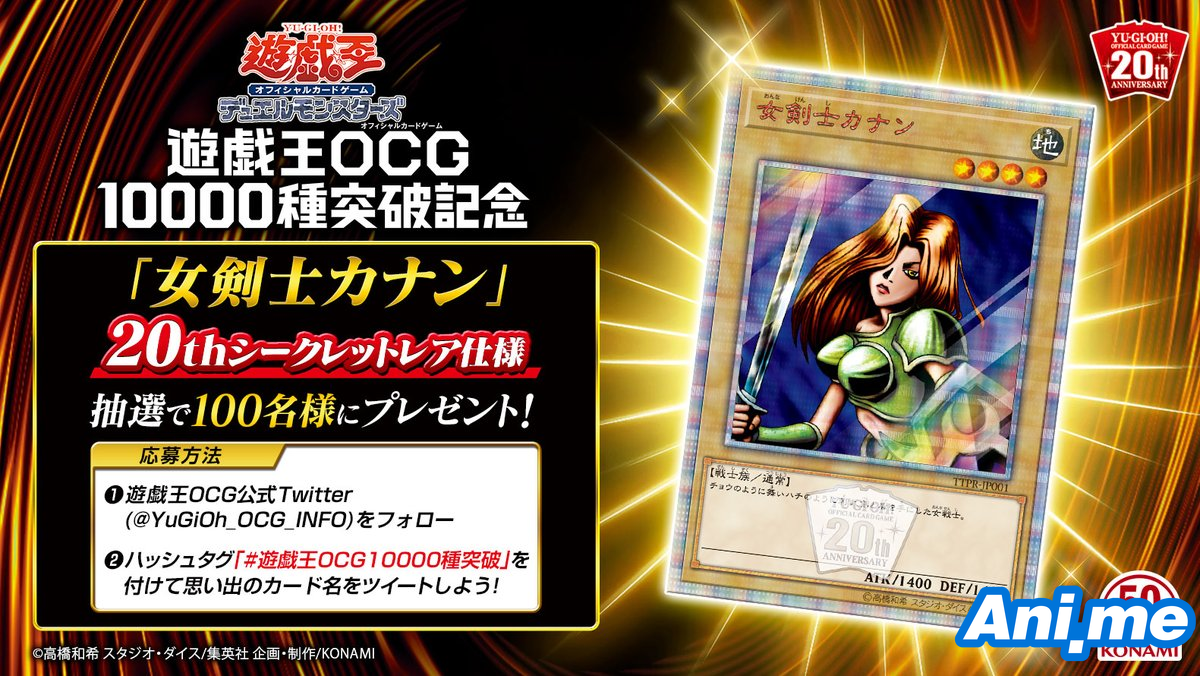 Since its creation in 1999 (feeling old yet?), Yu-Gi-Oh! is still one of the world’s popular trading card games to date with annual tournaments and with thousands of players from around the world.

The game, which is based on the manga of the same name created by Kazuki Takahashi in 1996, has paved the way for a lot of adaptations from anime, movies, films, video games, and so on.

As of October 2019, the original Japanese releases of the cards have reached 10,000. As a way to celebrate this achievement and the card games’ 20th anniversary in Japan, special Twitter campaigns have been launch as well as various events to be held in Tokyo, Nagoya, and Osaka. A special website was also being launched.

If you want to see all these unique cards, a special exhibit will happen at Osaka’s Grand Front from October 21 to 24. An exhibit will also happen at Oasis 21 in Nagoya from November 5 to 7, and in Shinjuku Station in Tokyo from November 18 to 24. Those who drop by during the limited exhibit runs will have a limited edition Kanan the Swordmistress card. These cards will only have 30,000 copies and exclusive for this special event.

Aside from this, 100 copies of a “secret rare” version of Kanan the Swordmistress card will also be given via a Twitter campaign. For you to join you must follow the YuGiOh_OCG_INFO Twitter account and tweet the name of the memorable Yu-Gi-Oh card that you own. Don’t forget to use the hashtag #遊戯王OCG10000種突破 (10,000 Yu-Gi-Oh! OCG types achieved). More details can be found in the tweet here.

To all the duelists, good luck and hope you will have more duels in the future.

The manga may be ending soon, but the anime is far from that. The official website of the TV anime adaptation of Atsushi Ohkubo’s Fire Force (En En no Shouboutai) has recently unveiled an ultra-fiery new trailer.
More Stories